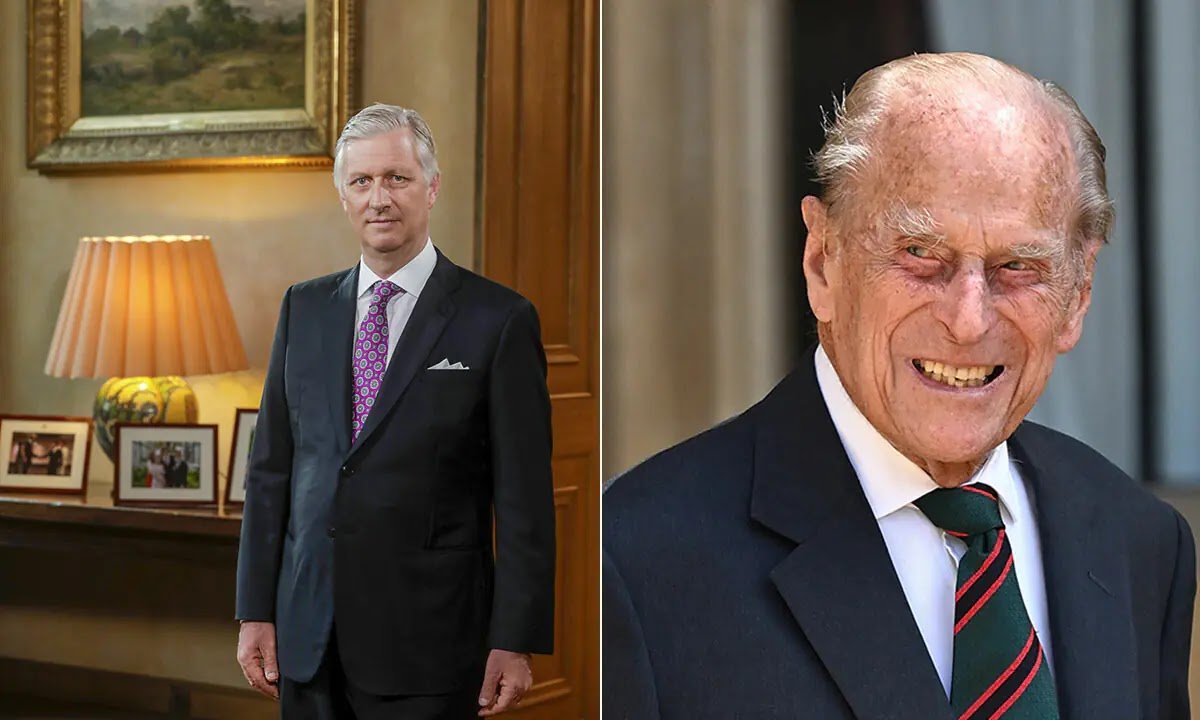 King Philippe of Belgium keeps two touching portraits of the Queen and the late Duke of Edinburgh at his official residence, the Royal Palace of Brussels.

The photographs were revealed in a video message shared by the monarch as he marked Belgium’s national day of mourning on Tuesday.

The Queen and Prince Philip frames can be seen on the far left-hand side on a console table behind King Philippe, and show Her Majesty wearing a tiara and a blue sash, representing the Order of the Garter. The Duke of Edinburgh can also be seen dressed in his military uniform, with his medals on display.

After the Duke of Edinburgh’s death in April, King Philippe and his wife, Queen Mathilde, shared a touching message to the Queen, writing: “Deeply saddened by the passing away of His Royal Highness The Prince Philip, Duke of Edinburgh. We wish to express our deepest condolences to Her Majesty The Queen, the British Royal Family and the people of the United Kingdom. Philippe and Mathilde.” 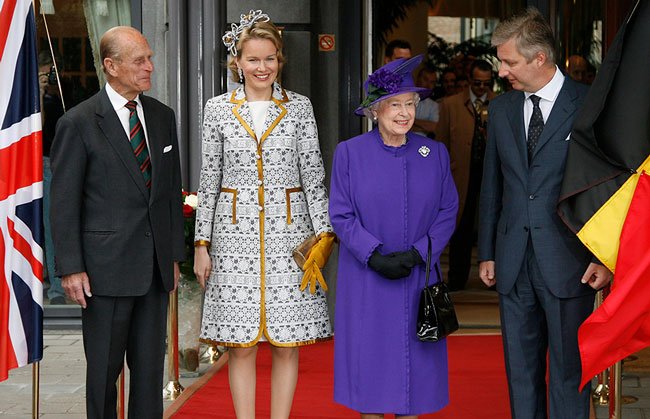 The Queen and Prince Philip met the Belgian king and queen on a number of occasions over the years, welcoming them to London in 2014 on an official visit.

The monarch and her husband also carried out an official state visit to Belgium in July 2007.

Belgium’s federal government decided that Tuesday 20 July would be a national day of mourning for victims of the severe weather in recent days.

In his speech, King Philippe said that his thoughts were with the families and loved ones of the victims and he also thanked the emergency services for their tireless work.

Philippe and Mathilde attended a tribute ceremony on Tuesday to pay their respects and join a minute of silence for those affected by the severe floods.