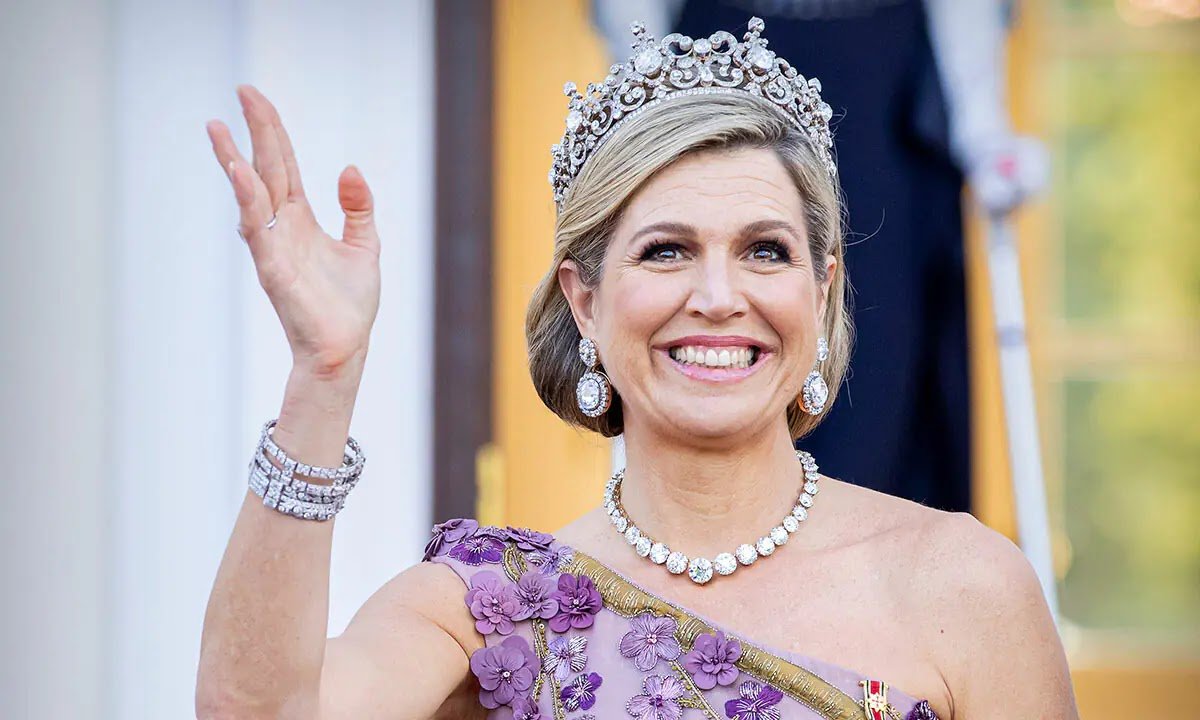 It’s been a while since we’ve seen the royals wearing tiaras, but Queen Maxima of the Netherlands delivered in spectacular style during her state visit to Germany.

Maxima, 50, and her husband, King Willem-Alexander, 54, attended a scaled-down state dinner at Bellevue Palace in Berlin on Monday night.

The Dutch queen looked incredible in a mauve and gold embroidered gown – a repeat number by Jan Taminiau – which she accessorised with an array of stunning jewels.

Maxima wore a smaller version of the sparkling 19th century Stuart Tiara, with diamonds from the set as earrings.

Over the past 18 months, many large-scale royal events across the globe have been cancelled amid the pandemic, including a state visit from Japan’s Emperor Naruhito and Empress Masako to the UK in spring 2020 and the Queen’s Diplomatic Corps reception. 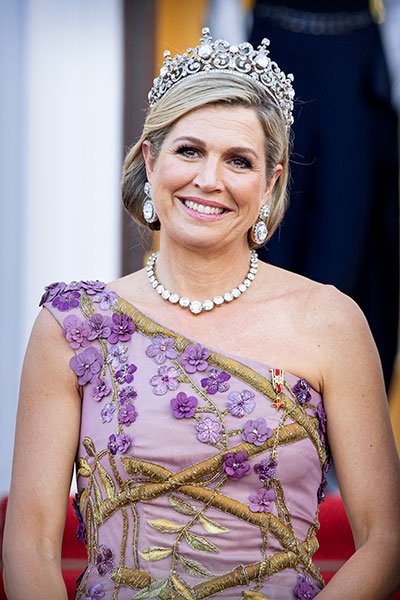 While the Queen did attend the State Opening of Parliament in May 2021, all ceremonial elements of the event were not included, and instead of a tiara, the monarch wore a day dress and a hat.

The last time a British member of the royal family was seen wearing a tiara was Princess Beatrice on her wedding day in July 2020. The royal bride donned Queen Mary’s diamond fringe tiara, which the Queen wore for her own wedding day to Prince Philip in 1947. 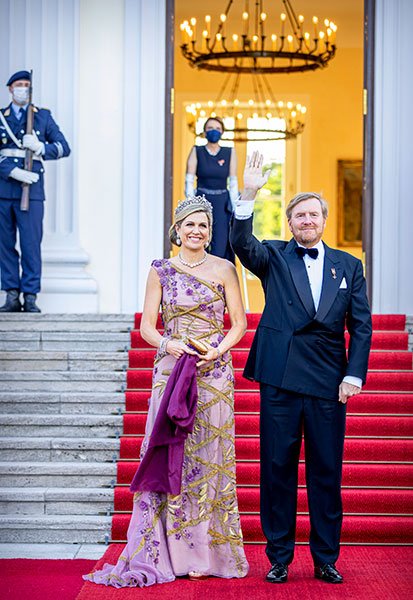 Tiaras are usually only worn by royal brides on their wedding day, state banquets, the Queen’s annual Diplomatic Corps reception and for Her Majesty, the State Opening of Parliament.

King Willem-Alexander and Queen Maxima are on a state visit from 5 to 7 July at the invitation of President Frank-Walter Steinmeier.

The couple, who married in 2002, have three daughters; Princess Catharina-Amalia, 17, Princess Alexia, 16, and Princess Ariane, 14.