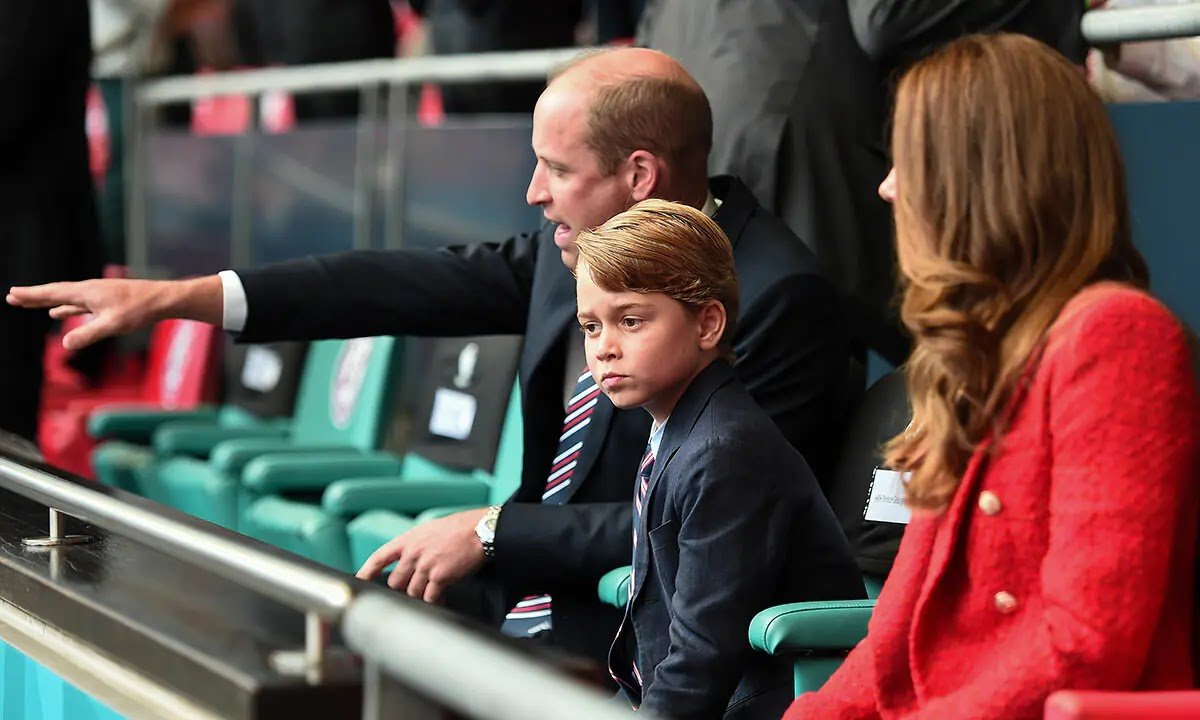 The Duke of Cambridge stepped out to watch England’s semi-final match against Denmark at Wembley Stadium in the UEFA Euro Championships on Wednesday night.

But many royal fans were wondering why Prince George didn’t attend the game after he joined his parents, Prince William and Kate, to watch the Three Lions’ 2-0 victory over Germany last week.

The simple reason why George didn’t join his father at the match could be down to the timing. The seven-year-old enjoyed the after-school treat last week as the game kicked off at 5pm, but on this occasion, the 8pm start time might have been too late for the youngster on a school night.

After the Three Lions win against Germany, royal and football fans alike were quick to take to social media and officially name the youngster England’s “lucky charm”. 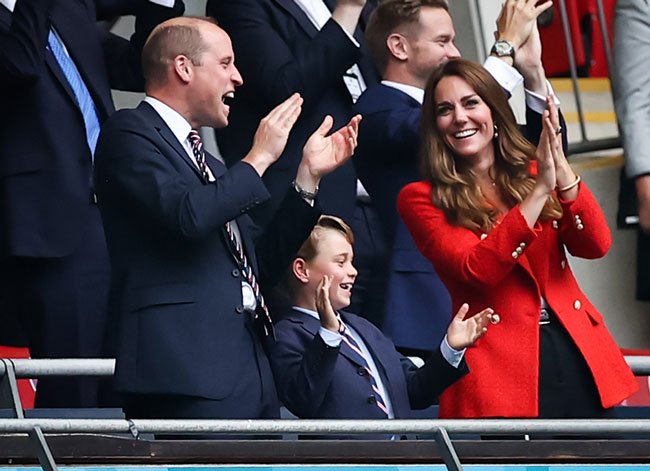 Prince William was among the 60,000 fans at Wembley to cheer on Gareth Southgate’s squad in their semi-final on Wednesday, which saw England beat Denmark 2-1, allowing them to reach the final for the first time since 1966.

The Duchess of Cambridge was also unable to accompany her husband at the match as she is currently self-isolating at home after coming into contact with someone who has tested positive for COVID-19. 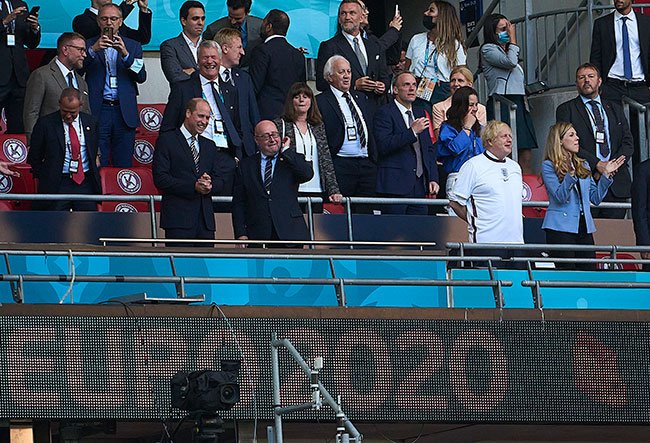 Ahead of the game, the Prince of Wales and the Duchess of Cornwall delighted fans with a video shared on Clarence House’s social media accounts.

In a nod of support to the England team, Charles and Camilla invited the Band of the Coldstream Guards to play Three Lions and Sweet Caroline in the garden at Clarence House.