Emmanuel's Blog
Home Blog The Queen visits Coronation Street set as She Enjoys a Day out... 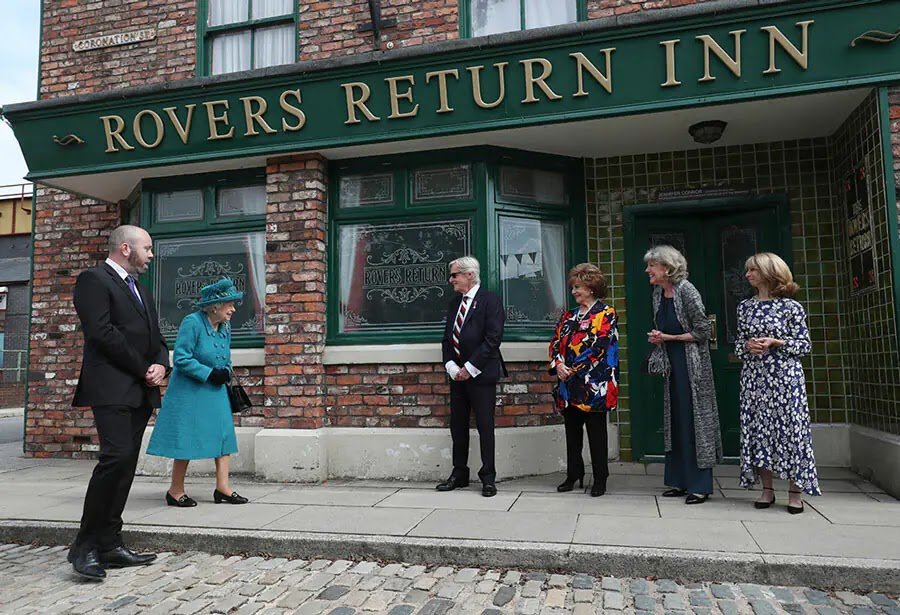 The Queen is enjoying a day out on the cobbles, visiting the iconic Coronation Street set in Manchester on Thursday.

Her Majesty, who is reportedly a fan of the show, met long-serving cast members and crew as she toured the ITV Studios set.

Upon arrival, she was greeted by Corrie stars, William Roache, Barbara Knox, Sue Nicholls, and Helen Worth.

She heard how working practices on the soap opera were adapted to allow filming to continue during the pandemic.

The Queen was dressed for the occasion in a teal coat and a matching feathered hat.

The monarch and her late husband, the Duke of Edinburgh, visited the fictional town of Weatherfield in 1982, while on a visit to Manchester during her Diamond Jubilee tour. 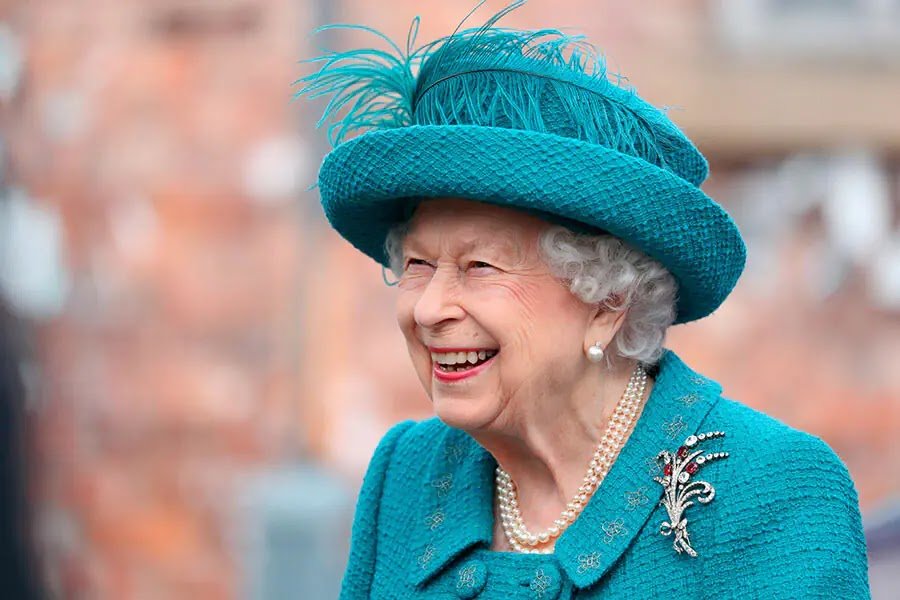 The Queen received quite the reception as she arrived on the set, walking down the red carpet to the Coronation Street theme tune! Bunting had been hung up across the set, while cast members and crew waved flags. 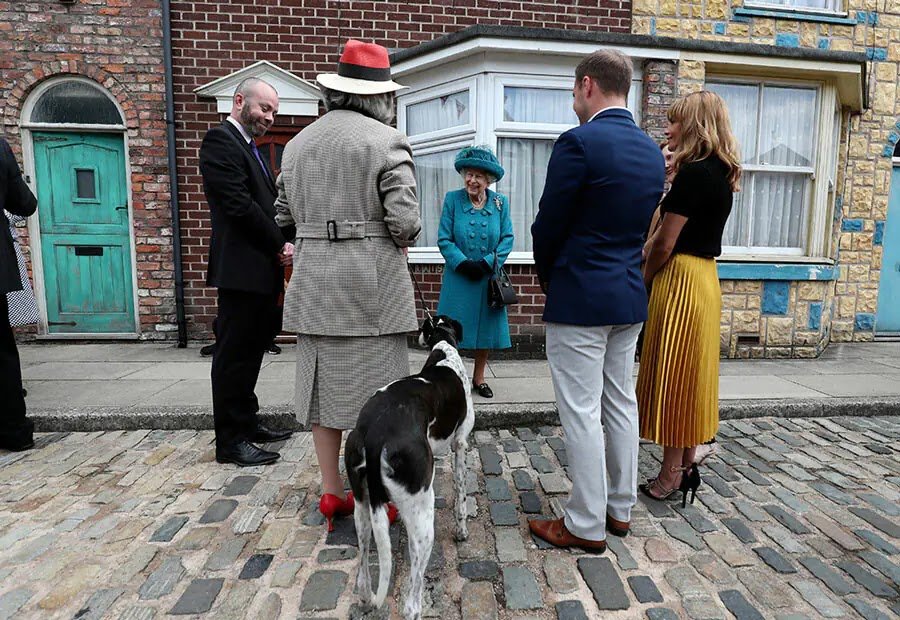 The Queen walked down Weatherfield’s famous cobbled streets, meeting cast and crew members of the soap.

Later she will spend time on the set of the Rovers Return, to meet more actors on the show. 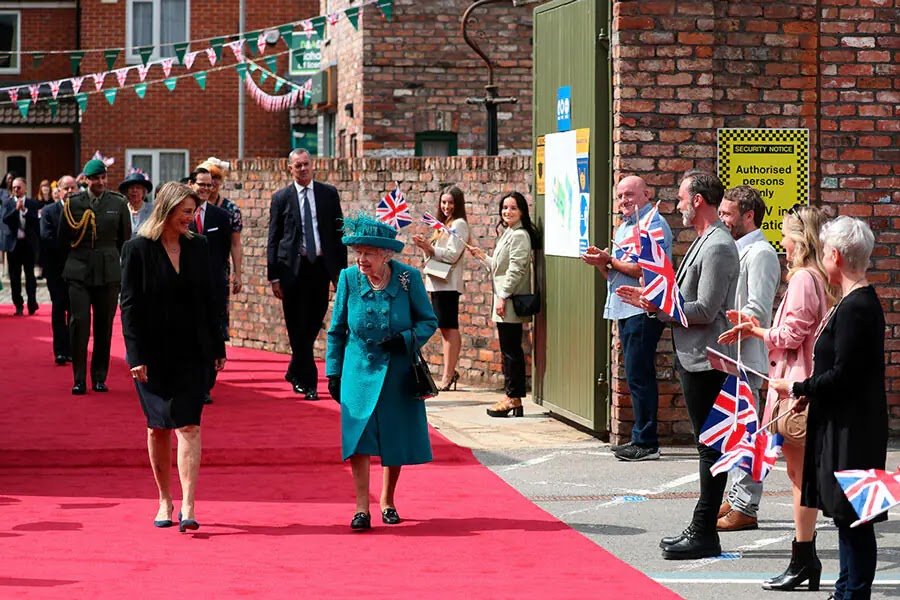 The monarch accessorized her outfit with a string of pearls and matching earrings, with the Queen Mother’s ruby and diamond bouquet brooch pinned to her jacket. 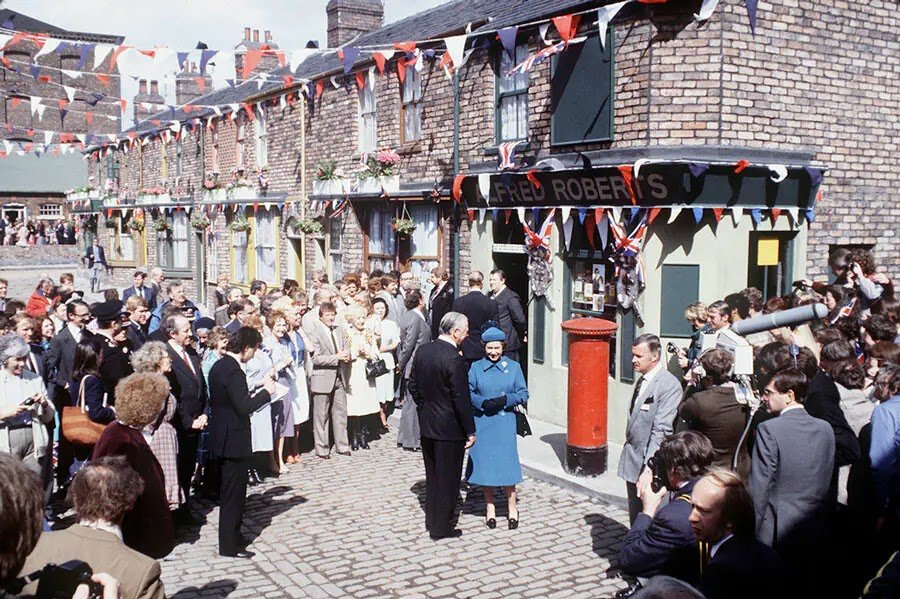 The Queen last visited Coronation Street in 1982, at its original site in Manchester before the soap moved to new studios at Media City in Salford in 2013.