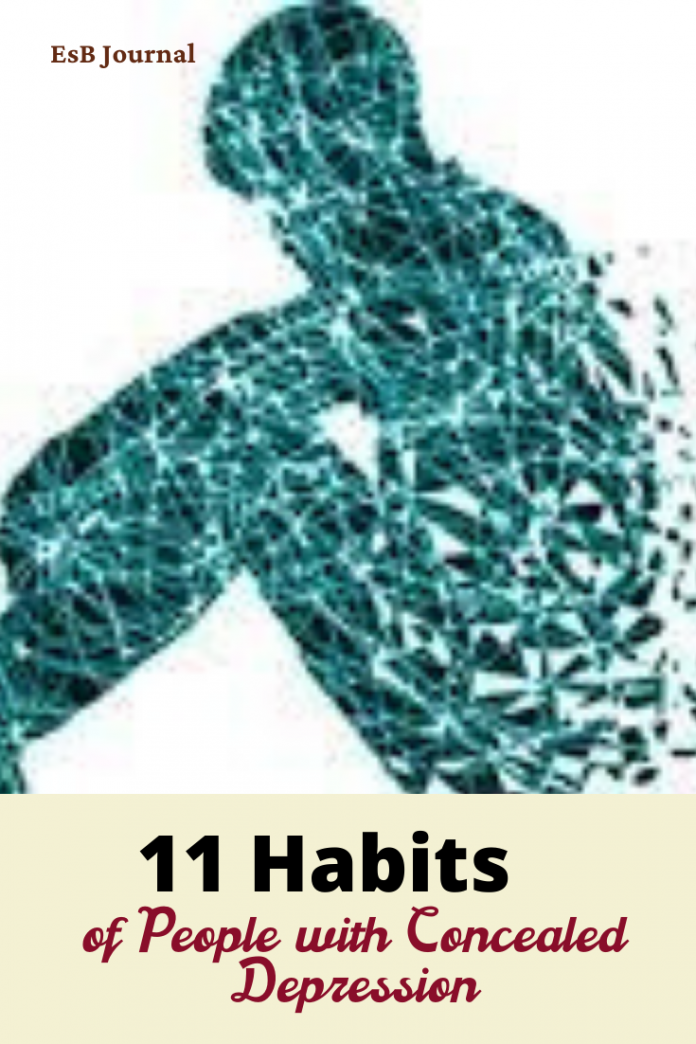 The word depression is becoming more familiar as the clock ticks, it is a web that traps us when we least expected – we had thought it will take a moment to be in it, not knowing we will get stuck in it for ‘almost forever’. The longer we are trapped in its web, the harder it is for us to come out. Many people have come to realized this, so they are left with no option than to learn
how to cover up their depression. Learning to conceal their depression at least (would) save them from their pasts, secrets, failure, pity, judgement, condemnation, and segregation. Gone are the days where depressed people would cry openly or ask to be alone. They have devised means through which they can appear ‘OK’ like anybody else. Depression is a kind of habit itself, and when people want to conceal or drive out a habit, they still have to employ some habits to do so.

Below are the habits practiced by people with concealed depression – I have been in this state before, so I know how it works

They May Be Moderate with Words

People with depression have been to the other side, so they are careful and kind enough not to many people along with them. They mostly choose their words carefully not to upset the listener, they talk moderately and emotional, and they rarely get involved in arguments. The less they talk, the higher the chance they have to keep themselves safe.

They May Play ‘Clown’

They joke so well that they may forget their sorrow, be it on phone or in a gathering. To them, smile is a makeup they run over their depression – so they (would) wear a smiling face always. Even when something is not so funny, they tend to smile, and when it is actually funny, they would laugh big. They appear with a good sense of humor and become a person of coarse
nature and manners. Smile is actually a conspiracy. People with concealed depression are experts in faking smile.

They May Want To Be With People

The feeling in them sometimes want them to talk to friends, to be in the crowd. They would ask for ‘hang out’ and they appreciate it so much if you can make it up to them. It is one of their ways to run away from the dark light in them. You would suspect they are down if you see them sitting alone in the corner of a room, so they wouldn’t want to be seen as a loner, even though they are loner emotionally.

They May Have Abnormal Eating and Sleeping Habits

People nursing depression sleep late or early not because they overwork or they don’t have anything to do– most times, when they wake up, it takes them more than usual to rise from bed. And their eating habits? Some would choose to eat less whereas, some people may become lovers of food, and eat more than they used to. It ranges from individuals. Beyond eating, some may go for some drinking habits, and you see them talking more freely when in their state of “hang over”. Some would even find it hard to sleep.

They May Choose To Be Workaholic

They won’t let go of their work for the safety of their mind. They would rather get lost in their works than to be in self-pity. They work and bury their head into it to the point of breakdown, this they do to keep their body and mind together to live in a strange world they find themselves. It is wise for them to hide in their professional world than social world.

They Often Live a Simple Life

It is so because they have a different ideology of life from others, they appear being contented with life, and now that they can’t let go of their thoughts, they choose to live moderately. Their lifestyle become a life of simple ‘yes and no’. They expect nothing from life, and would only take what life gives to them.

Woman dies after gynaecologist mistakenly cuts her intestines during childbirth

TRAUMA: This woman was left suicidal in her late teens after doctors dismissed her desire to transition