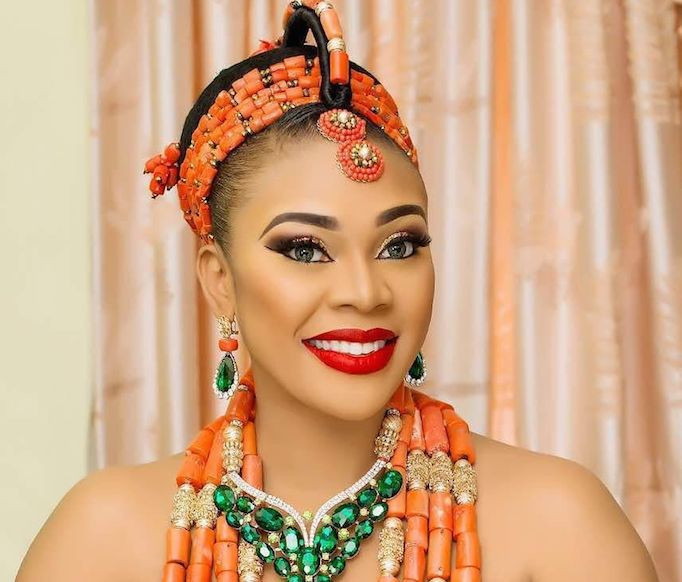 Interior decorator, Ehi Ogbebor has taken to Instagram to mourn her driver who died after she spent almost N10m for him to get better.

The businesswoman who did not disclose the nature of his ailment or what led to his death, identified her late driver of 6 years as Peter Agaba and also disclosed that he was loyal, nice and calm. She also revealed that he was in the Intensive Care Unit for 3 weeks.

Ehi said her driver died this morning, after her company spent N10m on him even though hospitals taking care of him allegedly knew he wouldn’t make it. According to her, the money should have gone to his kids.

Where do I start from…..if u know me well in the last 6 years then u knew my driver Peter Agaba… LOYAL.. NICE..CALM N LOYAL.. We CANT BELIEVE THIS IS IT…RIP PETER…. U FOUGHT HARD..3 WEEKS IN ICU….I N MY KIDS WILL MISS YOU… WORDS CANT EXPRESS HOW I FEEL….Y WERE LIKE A BROTHER…. MY 21C… U DIED THIS MORNING

BUT YOU FOUGHT .. THERE IS NO WAY U WOULD HAVE EVER WANTED TO LIVE AS A VEGETABLE. YOU LOVED LIFE!!!!!

THE HOSPITALS KNEW YOU WOULDNT MAKE IT YET MADE THE COMPANY SPEND ALMOST 10M WE SHOULD HAVE GIVEN YOUR KIDS …. NIGERIANHOSPITALS N DECEIT……REST IN PEACE SOILDIER…THIS ONE PAIN ME…. 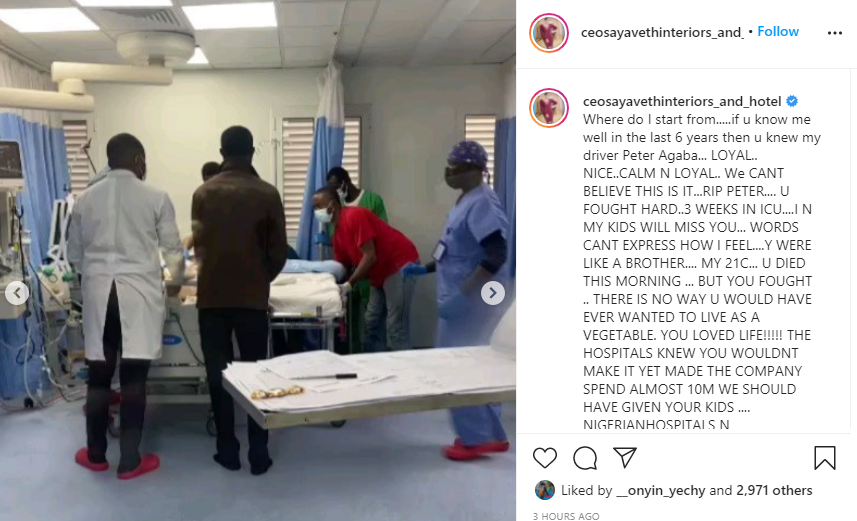