Emmanuel's Blog
Home Entertainment Nollywood “He needs to answer for putting a gun to my head” Tonto... 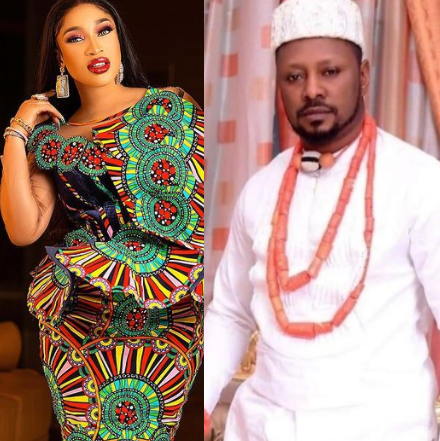 Tonto Dikeh has claimed that her ex-boyfriend, Prince Kpokpogri, threatened her life, put a gun to her head, and is owing her money.

She said this following the arrest of Kpokpogri on Monday, October 18.

As Nigerians reacted to the arrest and detention of Kpokpogri, Tonto slammed those calling her out.

She said her ex needs to answer for threatening her life by putting a gun to her head and also for possessing over 30 illegally recorded sex tapes of women. 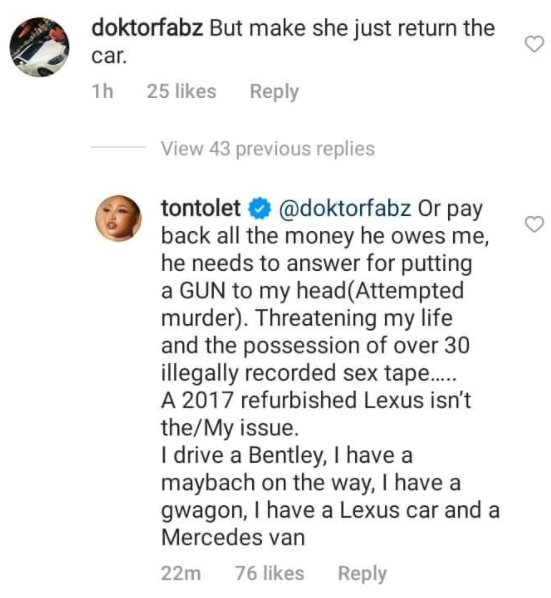 Jackson Ude, the ex-media aide to the former president of Nigeria, also alleged that Prince “Kpokpogri’s policemen” pointed a gun at Tonto at the Hilton in Abuja, prompting security at the hotel to call the police who then arrested Kpokpogri. 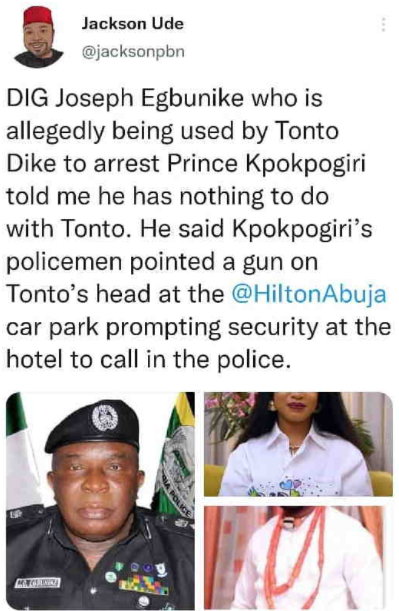