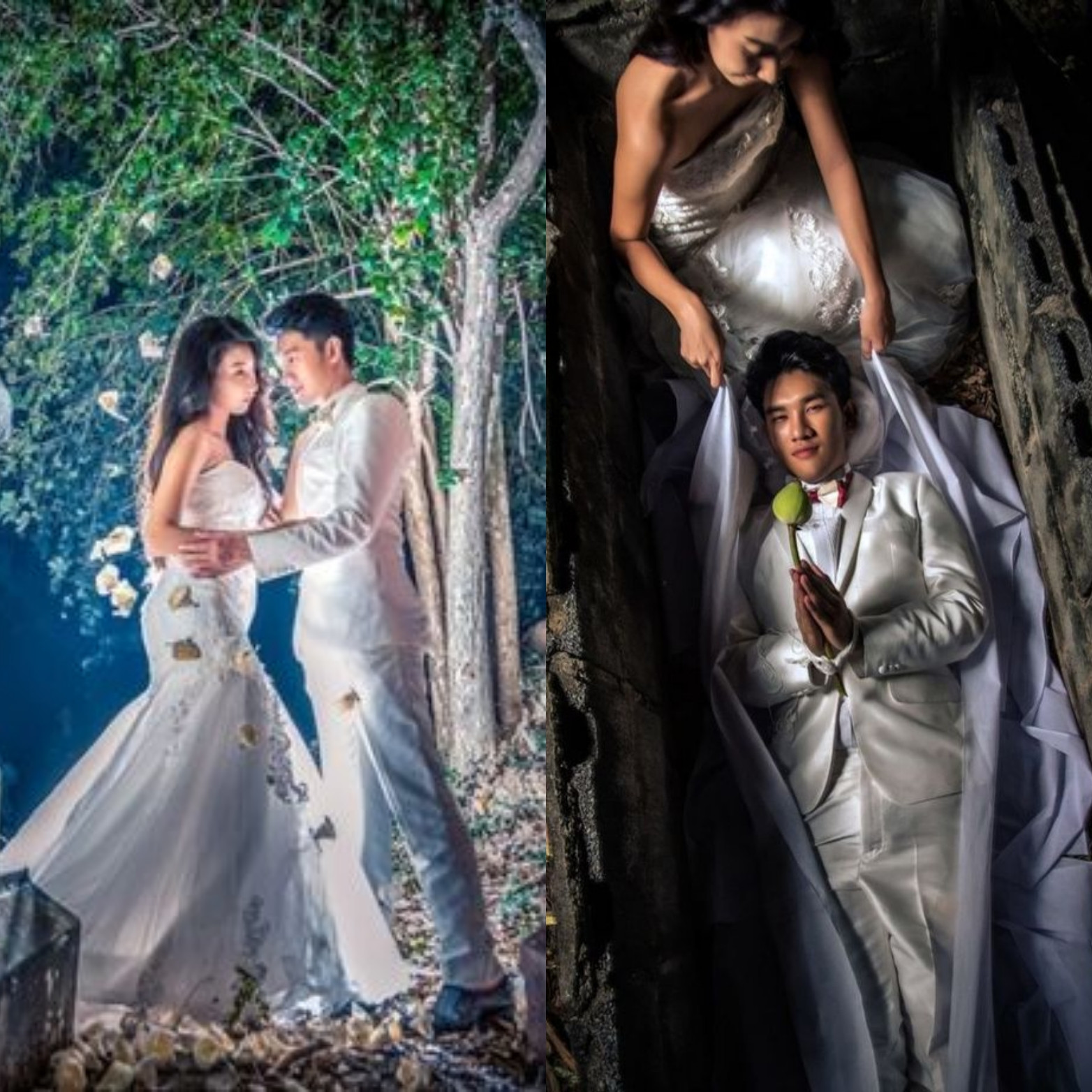 A young couple has gone viral after they posed inside a coffin for a funeral-themed pre-wedding shoot.

32-year-old Thai graphics designer Nonts Kongchaw and his partner started trending on Facebook after their pre-wedding photos were shared tens of thousands of times.

In the sensational images Nonts can be seen wearing a silver suit in various scenes in a graveyard alongside his partner, who is wearing a long white wedding dress.

One of the images shows the pair leaning against a column tombstone behind a sign that simply reads: “Marry Me.” 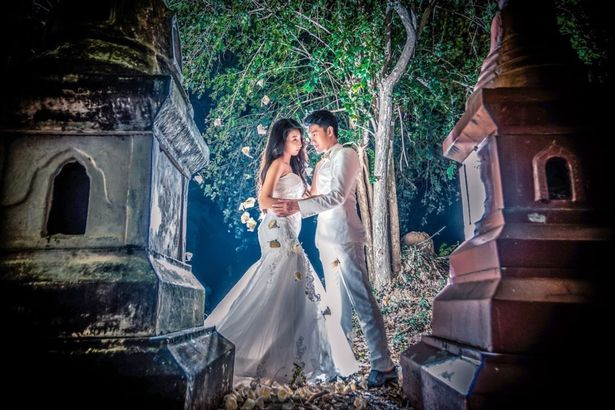 Another photos shows the couple laying down inside a coffin while the woman draws a silk covering over Nonts, who is clutching a bouquet. 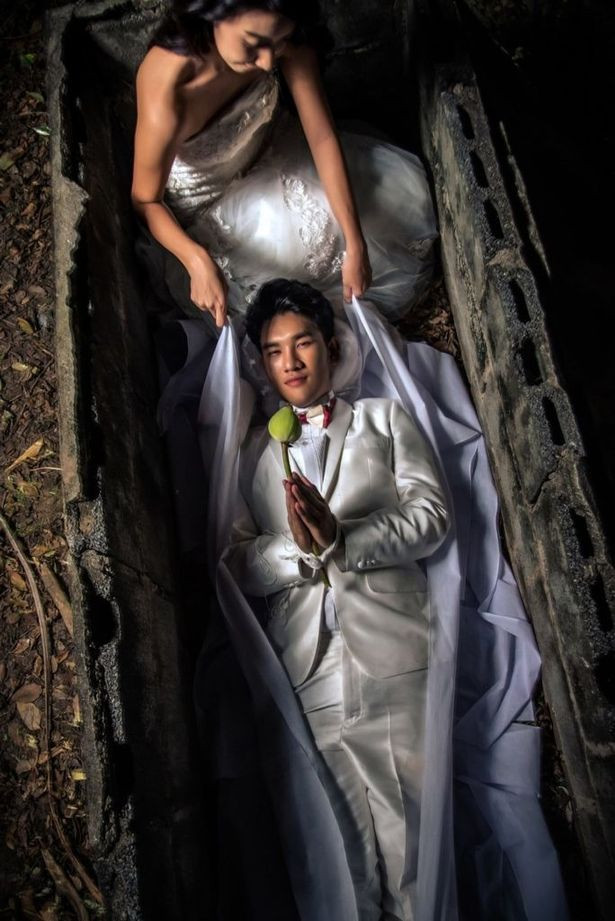 Another photo sees the woman visiting the man as he is cremated. 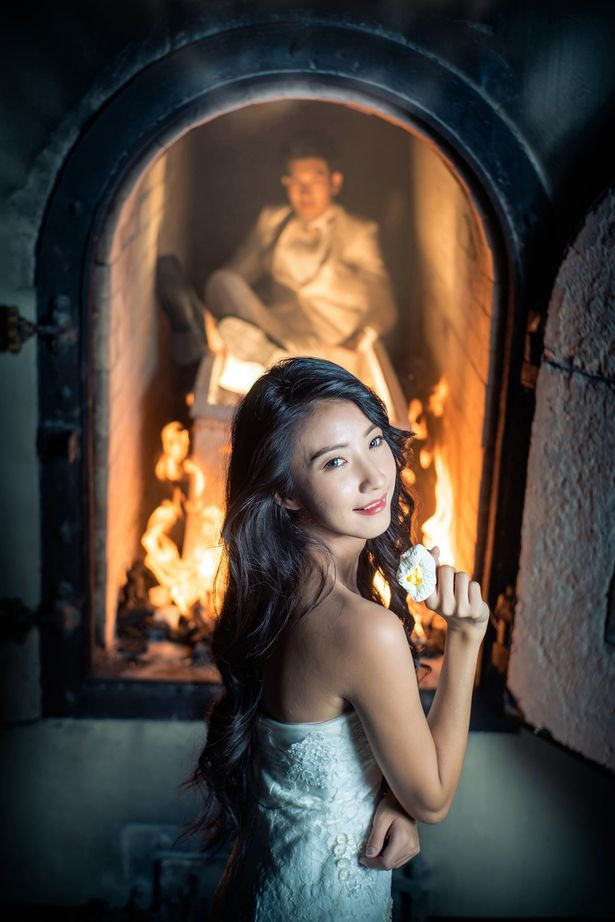 The photoshoot has caused quite a stir, with many seeing the photographs as disrespectful, and others saying they would lead to a curse being placed upon the marital bond.

One Facebook user warned: “Seriously… Things like this have a curse.. If you know how to do it, you have to know how to fix it. Playing with invisible things like this.. It’s not a toy and it’s not a joke .. Otherwise, disaster occurs… ”

Another wrote: “Please be warned, this kind of thing has a mystical, everything related to rituals related to death, the end of life, all things are magical and powerful. in all cases, if it is not yet the right time If you want to know more, try asking the undertaker.

“I dare to warn you because I used to be a kid from an old temple who was used by Luang Pho to help many burials.”