Emmanuel's Blog
Home Lifestyle Weddings ‘Pay for my honeymoon if you want a drink’ – Bride-to-be plans... 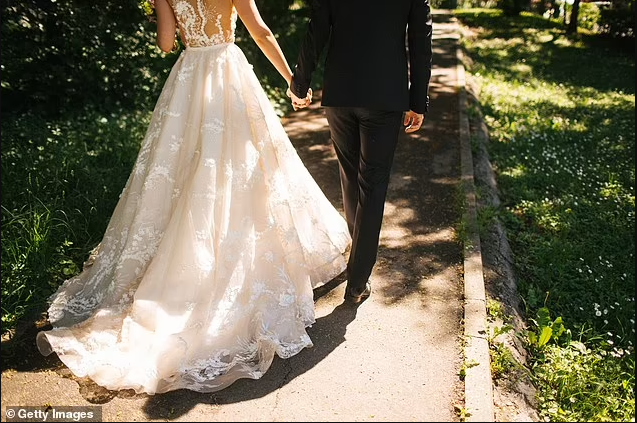 A bride-to-be is planning to charge guests a small fee to assist with the hefty cost of her wedding and honeymoon.

Sharing the details on a Reddit thread titled ‘Pay for my honeymoon if you want a drink’, the bride didn’t seem too concerned with concept, dubbing it ‘fair and fine’.

‘Is this selfish… $15 (AUD $22) UNLIMITED DRINKS so before you comment read the WHOLE thing!!’ the bride, believed to be from the US, wrote online.

‘So when you go to get your first drink you pay $15 total and the rest of the night is all FREE not tips required unless you want to tip the bartender again! If that makes any sense! Is that selfish?

‘I told my family that and they said if I’m going to have an open bar I shouldn’t make anyone put money to our honeymoon… WE ARE PAYING FOR THE WHOLE THING BY OURSELF WITH NO HELP… I think it’s fair and fine.’

The bride added how she can’t imagine anyone would complain, and if they do then they ‘won’t be drinking’ on the day of the event.

More than 400 people commented on the Reddit thread and criticized the bride’s plan.

‘I think the execution is bad. But not a horrible idea. Last wedding I went to it was $12 for a bottle of beer!’ one person wrote.

Another wrote: ‘I think if they just called it a drink ticket that you purchased at the beginning of the night and is good for unlimited drinks, that would accomplish the same thing. Without telling people what the drink ticket money is going to be spent on.’

Others backed the bride’s decision with one saying: ‘I know everyone is saying this is “fair”, which it would be if this were a public event. This is a wedding and she is asking her guests to pay for drinks so they can afford a honeymoon. I…just cant.’

‘This is something that is done at a fundraiser. They are getting married and having a party to celebrate themselves, right, not a fundraiser?’ another said.