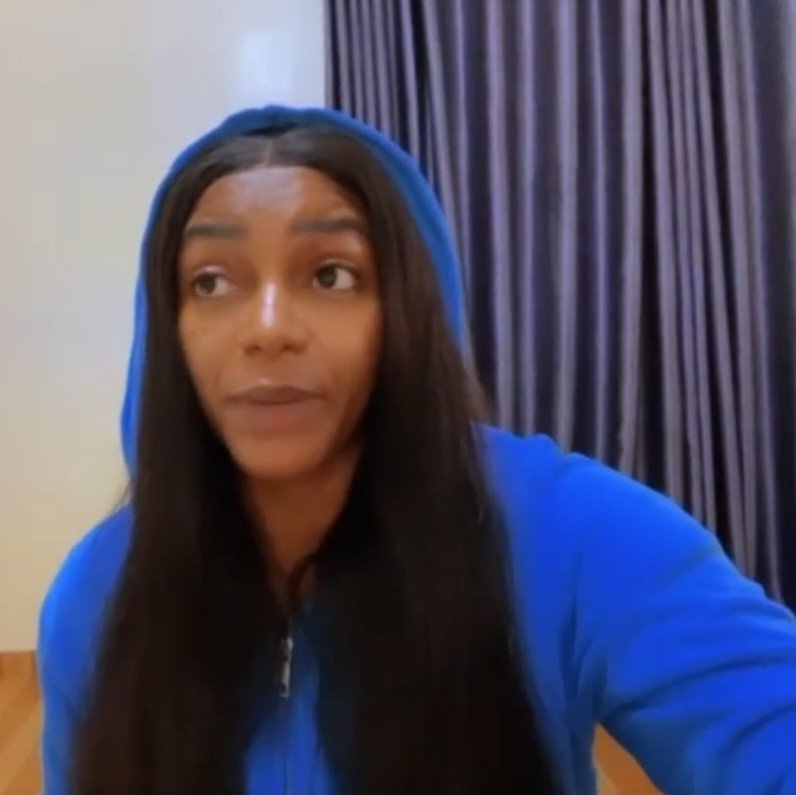 Queen Nwokoye has reacted to allegations that she had an affair with Apostle Johnson Suleman.

Reports circulating online named a number of Nollywood actresses and alleged they were all side chics to the married pastor at some point.

Georgina Onuoha, who was named, has responded, slamming the report.

Now, Queen Nwokoye has also responded in a video shared on Instagram.

She explained that she regularly reads false news about herself and ignores but she will not ignore the Suleman allegation.

The actress said she admits she has made mistakes in the past but one thing she has never done and will never do is sleep with a man of God.

She added that a clear conscience fears no accusations so she has nothing to fear.

She also told those spreading the rumors that it is wrong to cook up stories for entertainment.

In the caption, she wrote: “It is a Nigerian thing to always assume that once you know someone, you are sleeping with the person but that one concern una. I have met a lot of people, I will still meet more and I do not owe anyone any apologies for people I have met and associated with. Pastor Suleman is a good man. 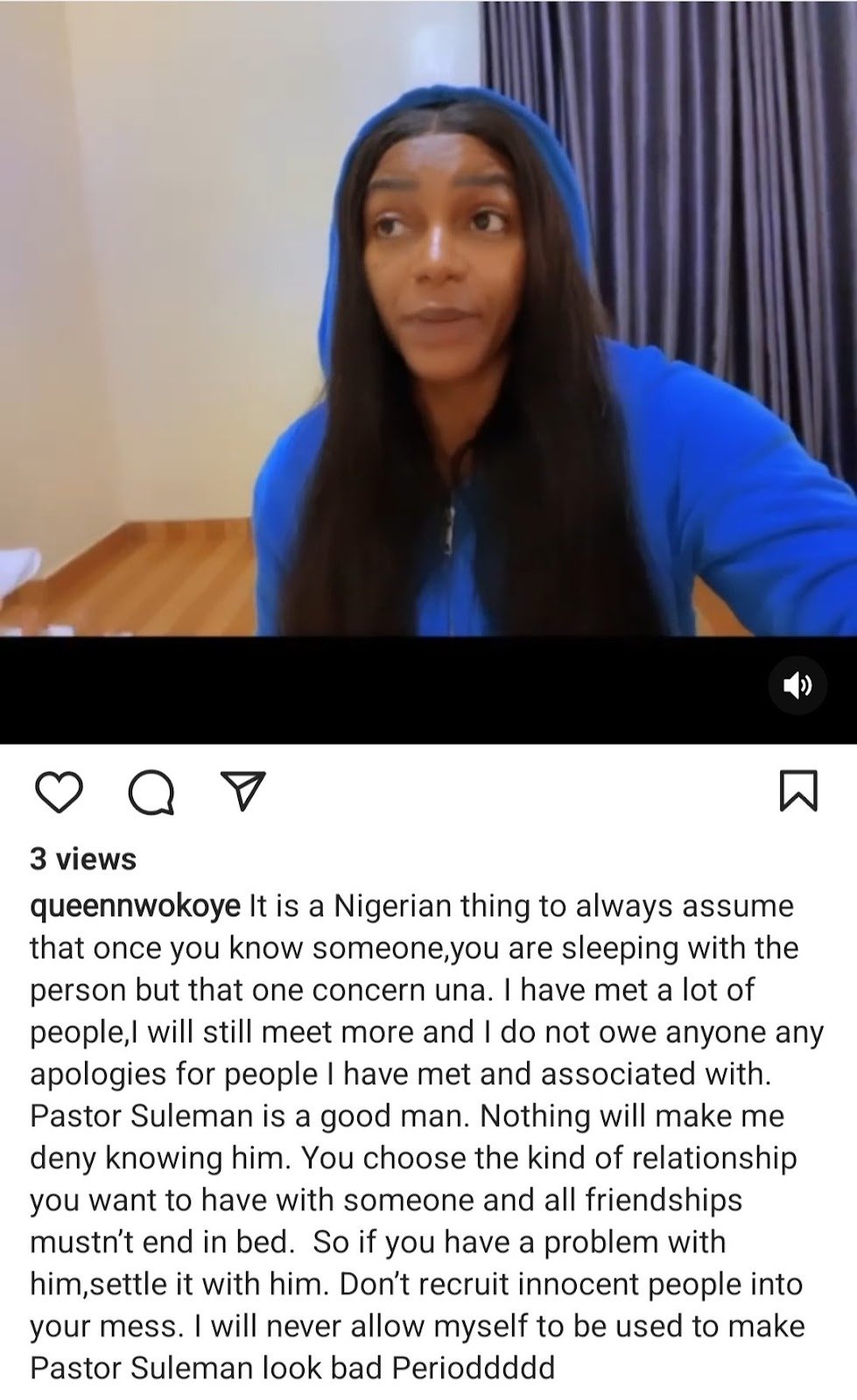 “Nothing will make me deny knowing him. You choose the kind of relationship you want to have with someone and all friendships mustn’t end in bed. So if you have a problem with him, settle it with him. Don’t recruit innocent people into your mess. I will never allow myself to be used to make Pastor Suleman look bad Perioddddd.”