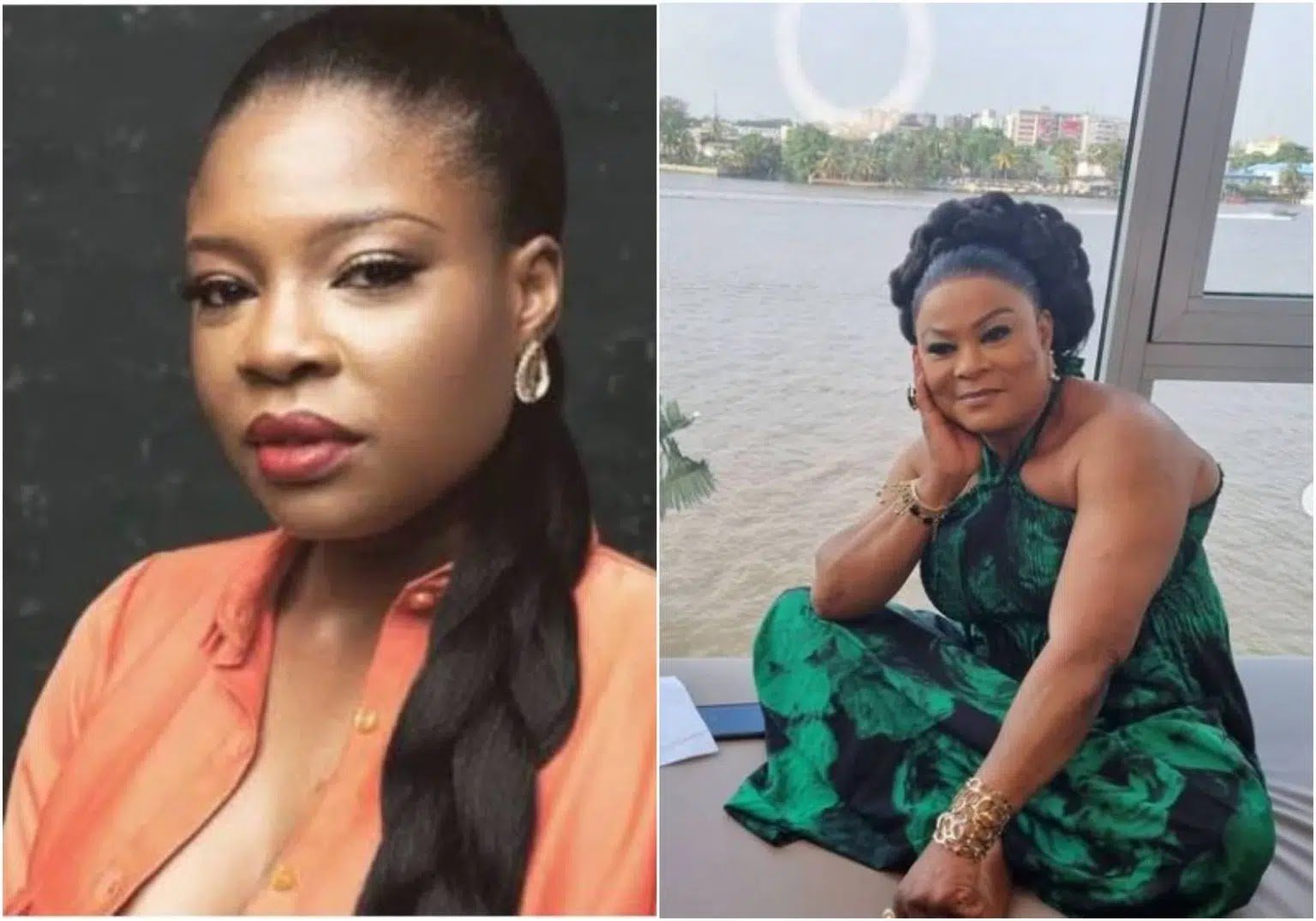 Veteran Nollywood actress, Sola Sobowale, has opined that Nigerian filmmaker, Kemi Adetiba is very instrumental to her growth in the movie industry.

In 2018, Kemi’s ‘King of Boys’ shot Sola to stardom due to her alpha female role and the strong personality she exuded in the movie.

Speaking about her lead role in the movie, the actress in an interview with media personality, Chude Jideonwo, said Kemi Adetiba brought her out.

According to the actress, although it might sound like a broken record, she will still reiterate that Kemi brought her out.

The veteran actress added that she never watched herself in movies but she had to watch King of Boys.