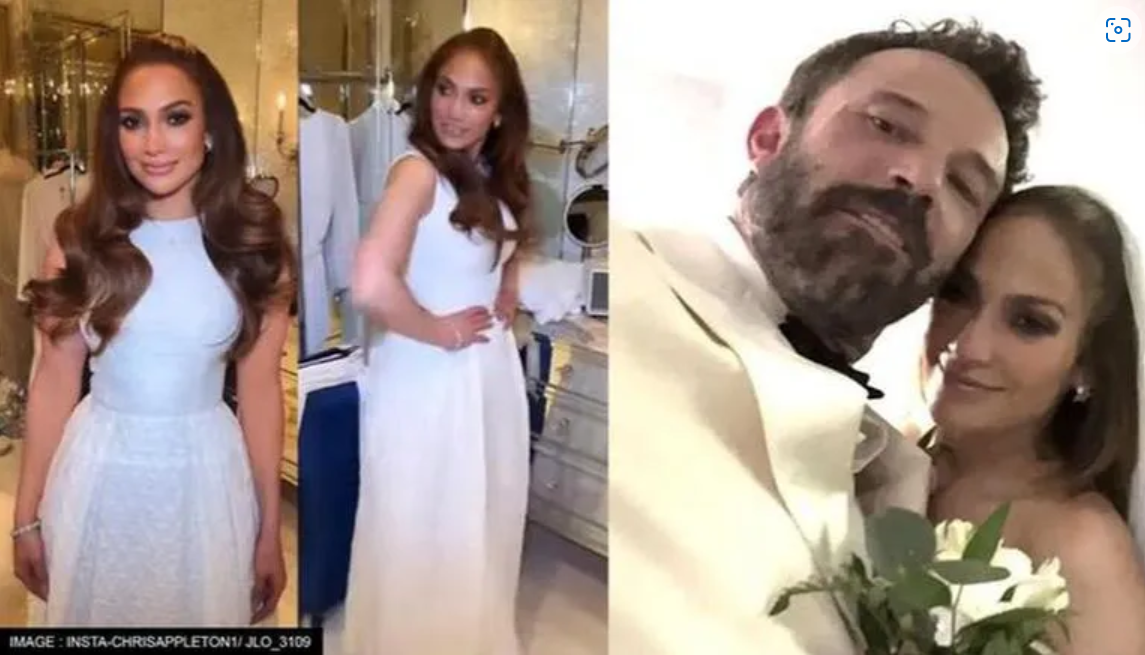 Jennifer Lopez and Ben Affleck have tied the nuptial knots in a Las Vegas drive-through chapel.

The couple announced their matrimony in a newsletter from Lopez revealing that they flew to the desert city in Nevada to gain a marriage license and wed at a chapel on Sunday July 17. 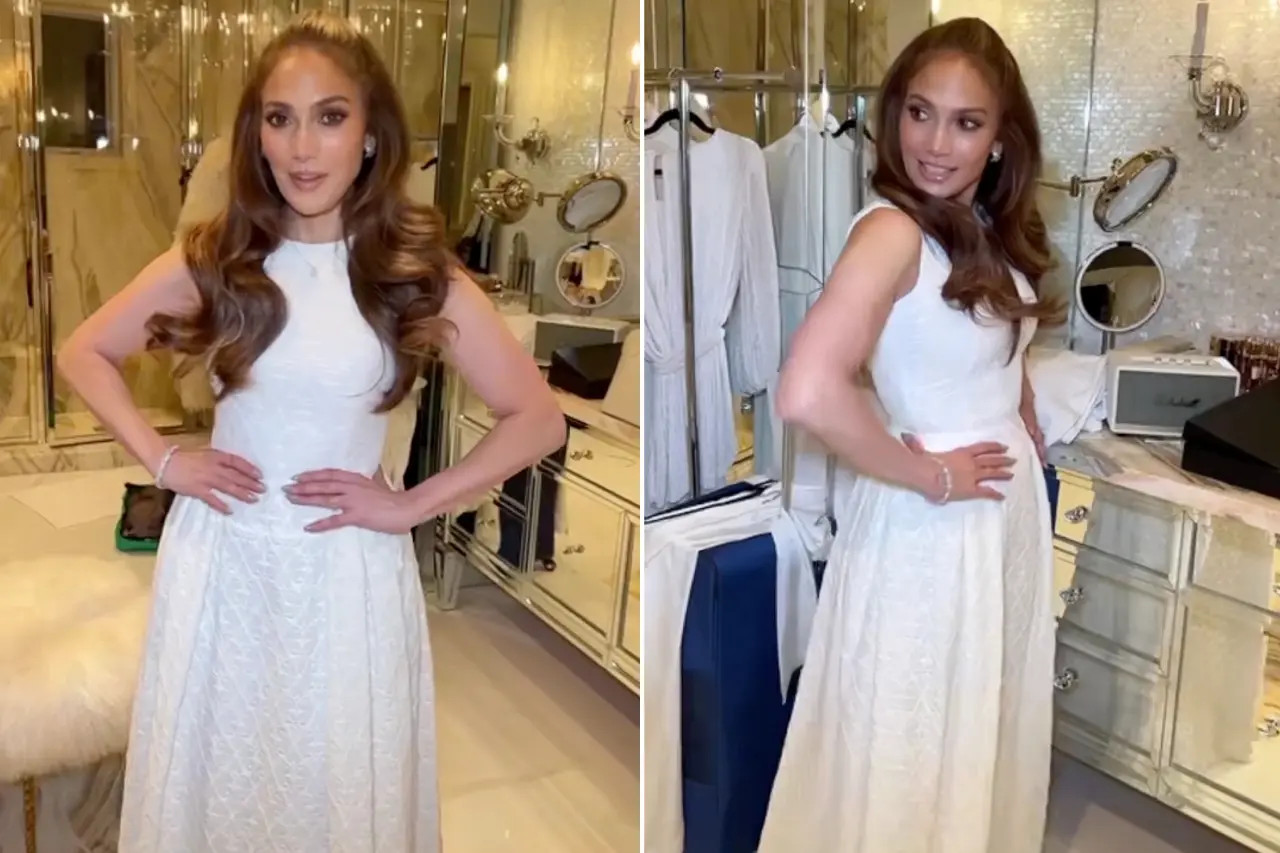 “We did it. Love is beautiful. Love is kind. And it turns out love is patient. Twenty years patient,” wrote Lopez in a message signed Jennifer Lynn Affleck.

She also revealed that she said “I do” wearing “a dress from an old movie.”

A marriage license was obtained in their name from Clark County dated Saturday, July 16, according to document details posted online by the county clerk’s office.

Lopez posted a photo on social media depicting her in a bed while sporting a silver wedding ring. 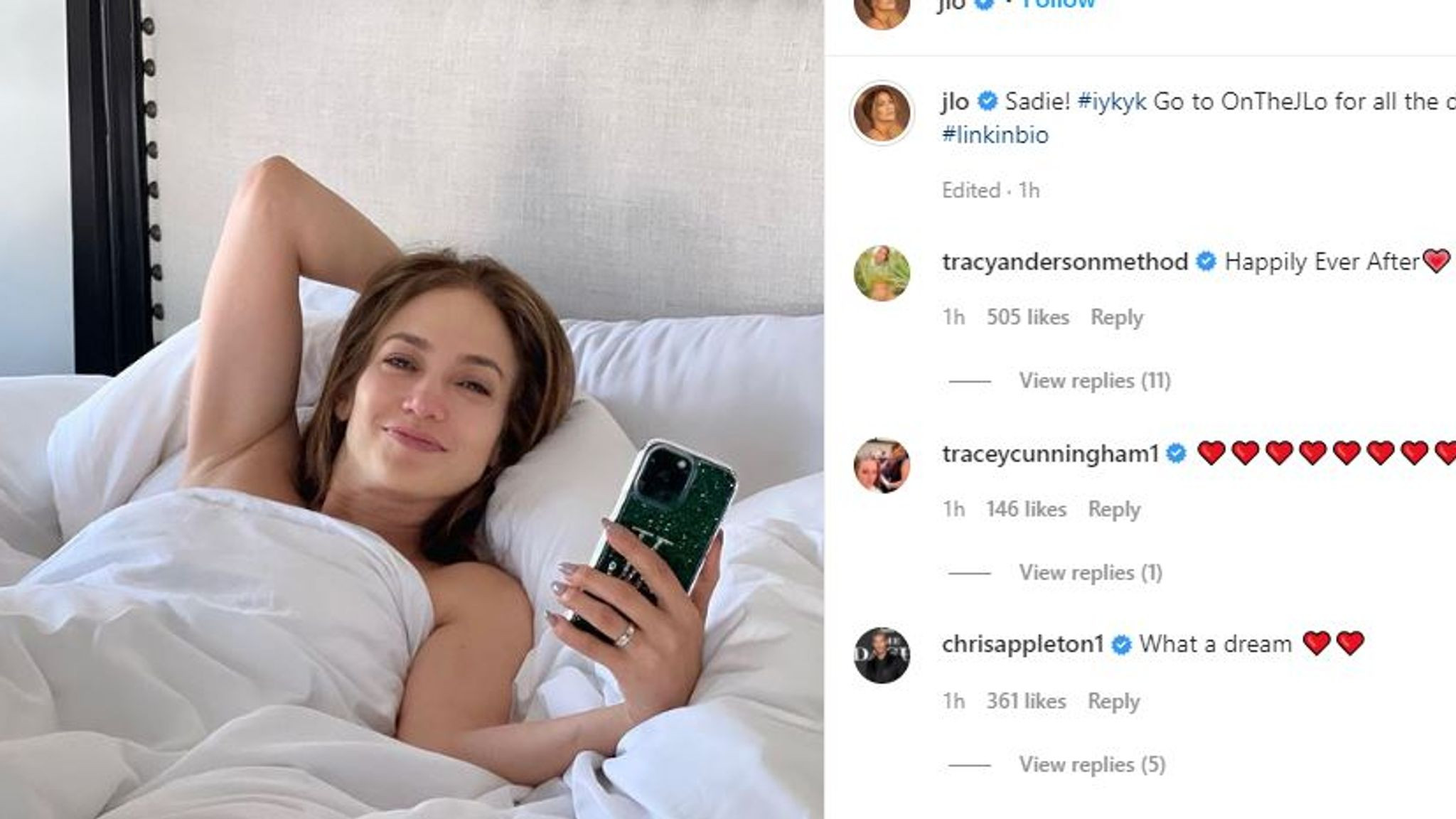 Lopez, 52, actually appeared to have two different looks for her nuptials, one of which was a white lace off-the-shoulder gown with long sleeves, a sweetheart neckline, corset bodice and fishtail train along with a matching lace-trimmed veil from Zuhair Murad’s bridal collection.

Photos included in her newsletter also show the superstar modeling a white sleeveless boatneck gown with a quilted texture, presumably the vintage find. 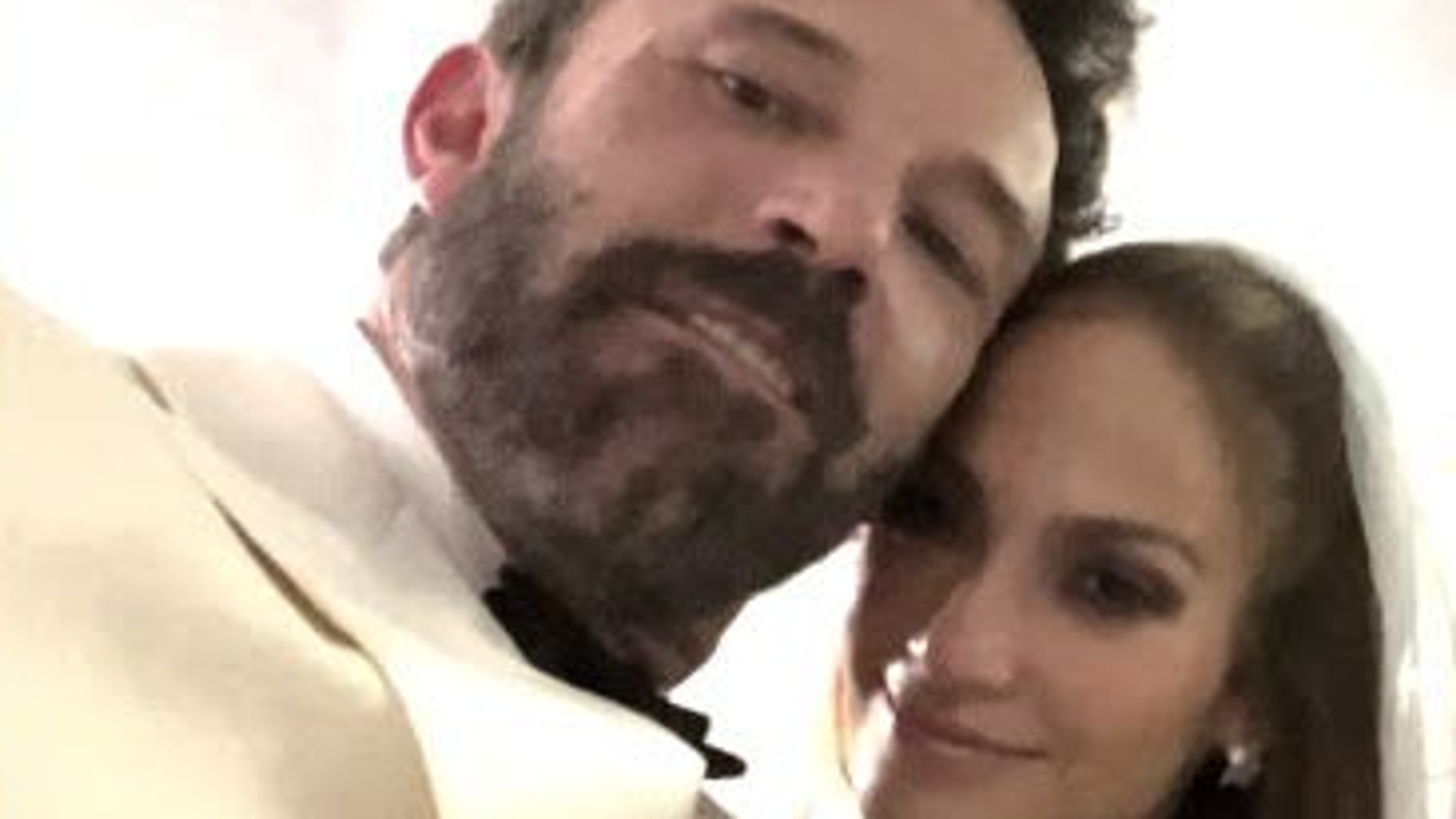 Affleck wore a white tux from his own closet, as the couple exchanged “the rings we’ll wear for the rest of our lives” at the Little White Wedding Chapel, according to Lopez.

Affleck and Lopez, a glamorous duo widely known as “Bennifer,” got engaged in April of this year. 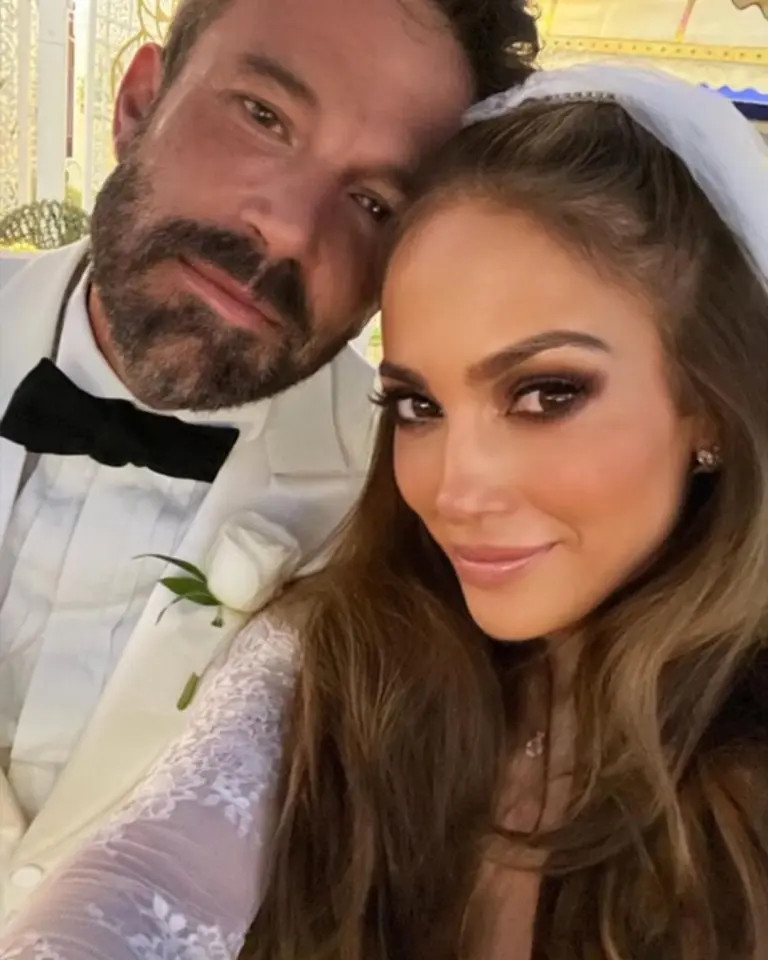 The celebrity power couple’s wedding in Nevada was the culmination of a relationship that has stretched over two decades in two separate romances and headlined countless tabloid covers. 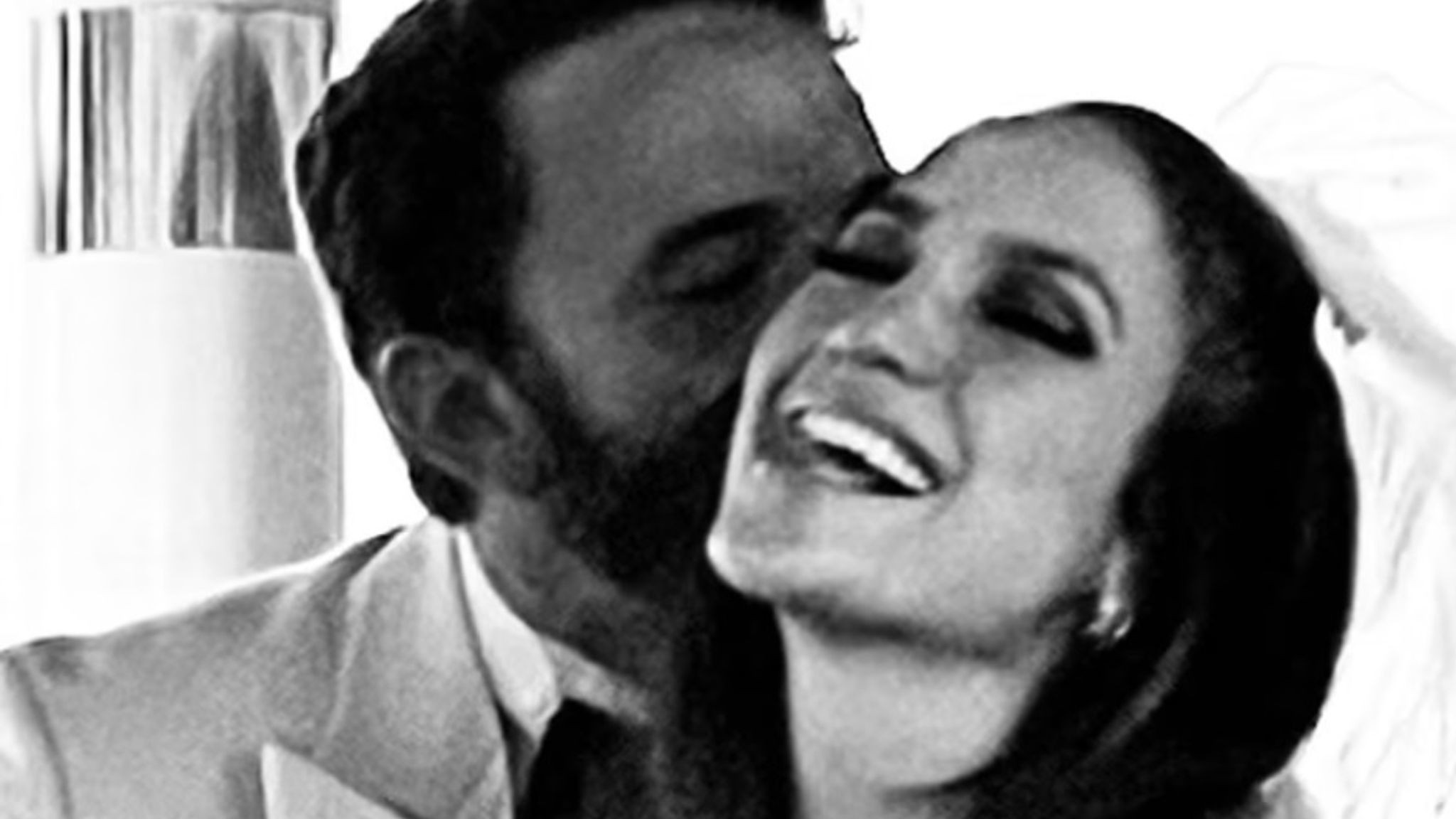 The ceremony conducted in classic Vegas fashion comes three months after the couple confirmed their engagement and 18 years after they cancelled their wedding.