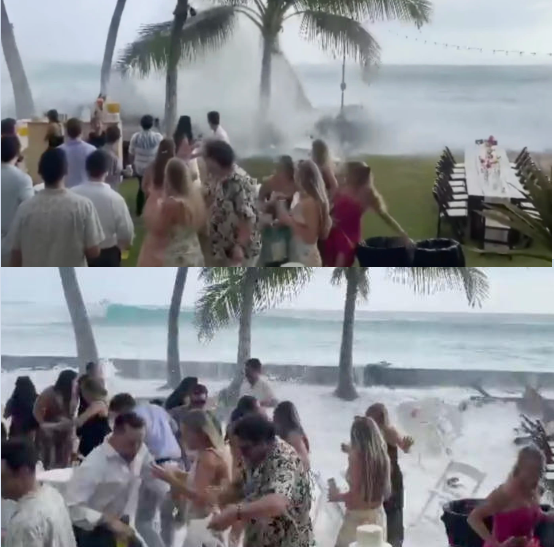 A wedding was interrupted when large waves swamped the event, sending tables and chairs crashing toward guests.

The wedding was underway on Saturday evening, July 16, in Kailua-Kona when massive waves slammed into Hawaii’s south shores, blasting into homes and businesses, spilling across highways before sending wedding guests scampering when it crashed into the wedding venue.

A video shared online shows wedding guests watching the waves approaching but they remained at the scene until the waves crashed the venue and they took to their heels. 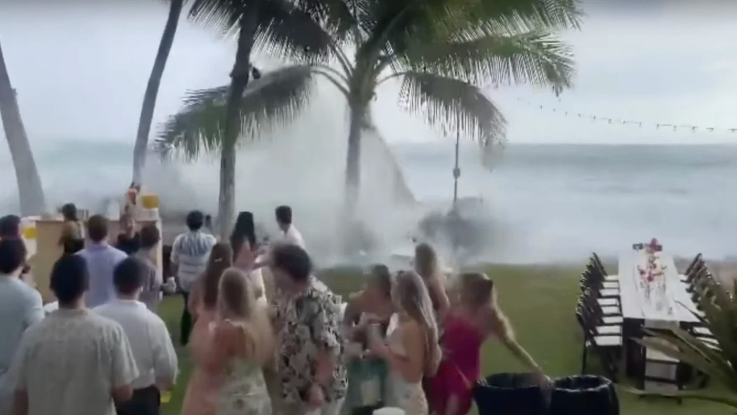 Sara Ackerman, an author who grew up in Hawaii and attended the wedding, filmed the waves as they barreled ashore.

She said: “It just was huge,. I was filming it and then it just came over the wall and just completely annihilated all the tables and chairs.” 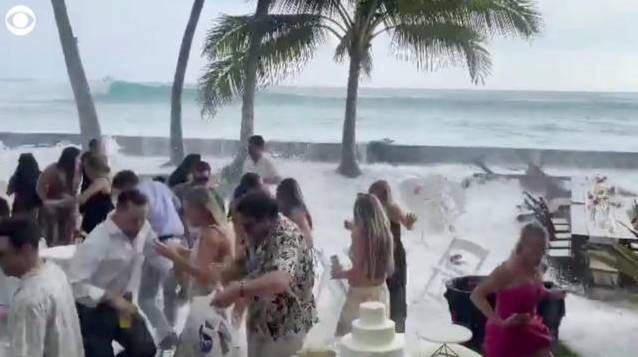 She said it happened about five minutes before the ceremony was scheduled to begin.

She added: “It wasn’t like a life-threatening situation by any means whatsoever. It was just like, ‘Oh my gosh … what are we going to do? Where are we going to put the tables?'”

She said they went ahead with the ceremony and cleaned up the mess after the newlyweds exchanged vows.

“We had the ceremony and it was beautiful, having all the (sea) spray,” she said. “The ocean was really wild. So it was great for the photos.”