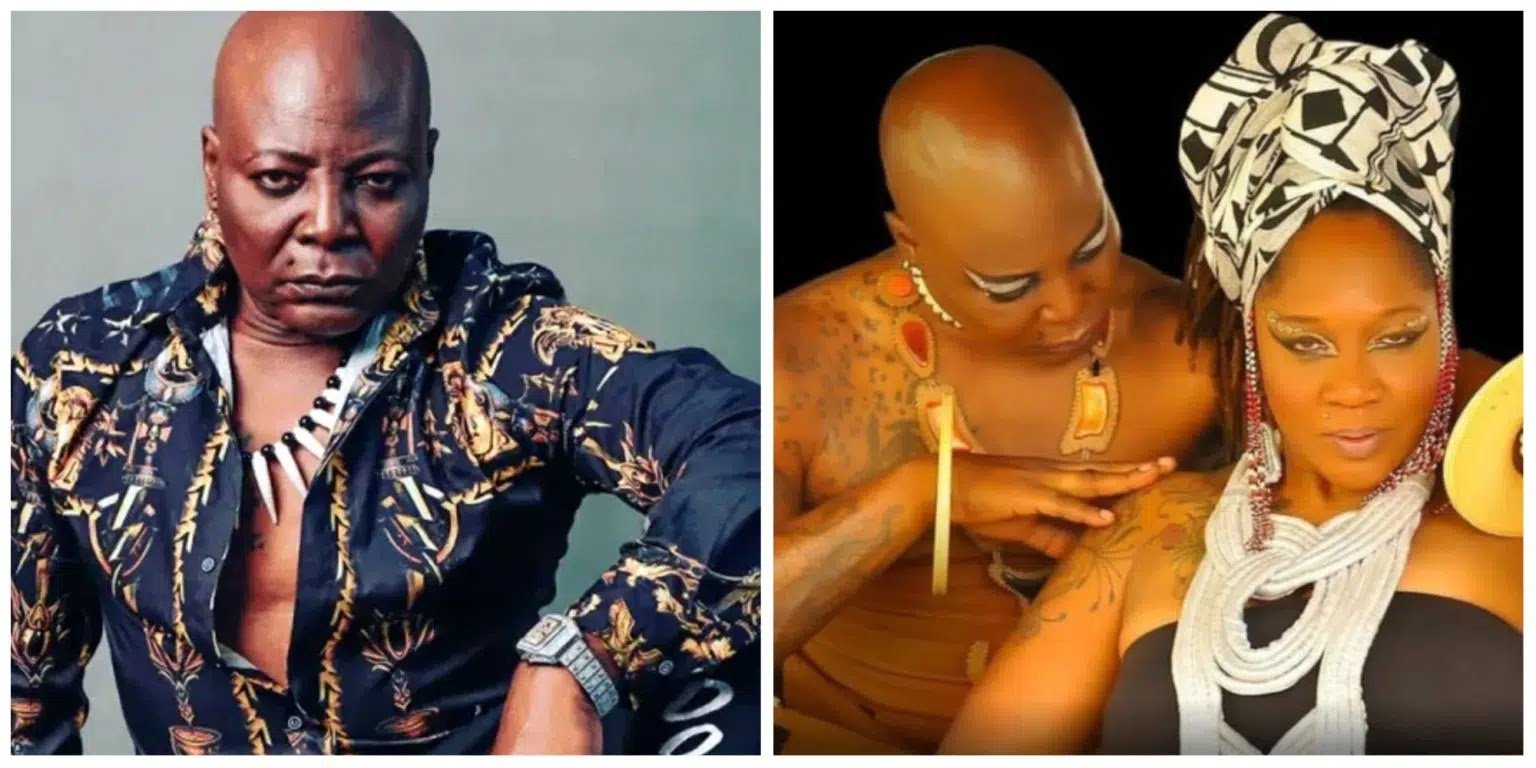 Veteran Nigerian singer and songwriter, Charles Oputa popularly known as Charly Boy, has debunked the speculations that his 45 years old marriage is on the verge of collapse.

The social-political activist took Twitter, to lament about being tired of his marriage and might return to bachelorhood.

He wrote: “My People, If I tell una say, after over 45yrs of marriage to my wife, that I am going back to bachelorhood, what would you say?”

“I don talk say dis marriage of a thing just no easy. The longer you stay, the harder it gets. What should I do? I tire o.”

The post got social media agog with several reactions. However, the singer has debunked rumours of separating from his wife.

According to Charly Boy, some people are rejoicing over his post on marital failure but it was a piece of advice to others.

He wrote: “Because of dis my recent post. Some winche pple don begin speculate say my marriage don crash. Abegi ooooooo. I just dey talk to many pple wey think say marriage shouldn’t feel like work. Or it feels like work, we are doing it wrong. Lie.

He added, “Like anything else that is rewarding, we have to work at our marriages. And it’s OK if marriage is hard work! It can never be on auto cruise.”