Emmanuel's Blog
Home Entertainment Nollywood ‘It’s More Than Acting Now, I Love Him So Much’ – Sola... 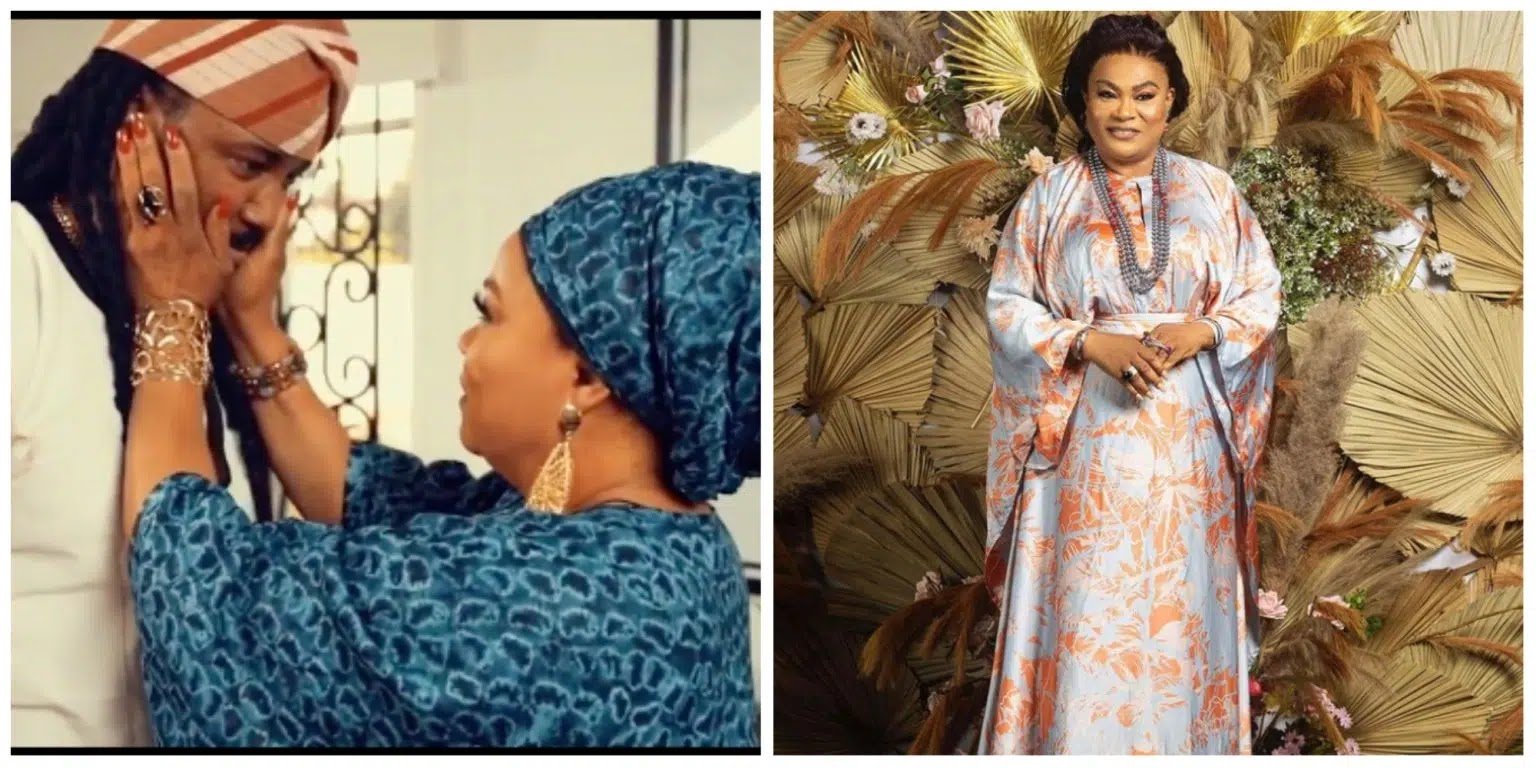 Veteran Nollywood actress, Sola Sobowale and her junior colleague Titi Kuti, popularly known as Ade Tiger, have addressed speculations of romance between them.

Sobowale and Titi created a bond in the Nollywood Blockbuster ‘King Of Boys’ and their relationship outside work life got many people talking.

However, in an interview with media personality Chude Jideonwo, Ade Tiger did not confirm or deny the rumours.

The actor said he is aware of the speculations that he is Sobowale’s boyfriend because they go to parties together and represent each other at all times.

He said: “We go for parties together, we go for Owambes together, we have heard all sorts, you see what you guys saw on KOB, people have been saying all those things before KOB, that that’s her boyfriend.

“Trust me because we will go for parties together, we rep each other all the way like no holds barred.”

On her part, Sola Sobowale averred that her relationship with Titi is more than acting because of his personality and etiquette.

She said: “It’s more than acting now because I see him as my son and I love him so much. There’s something about Titi Kuti, he’s a good listener, very very respectful, and has a lot of etiquettes. Well brought up! When you see a chap like this, you’ll see that he is down to earth, very very humble.

“So when I saw him, I said, Omo, you got to move in, don’t stay behind there. I told him something that he has to be a pilot, he has to go do that and I’m pushing him on it, I won’t let him stay, he’s still moving. On the move, we move.”