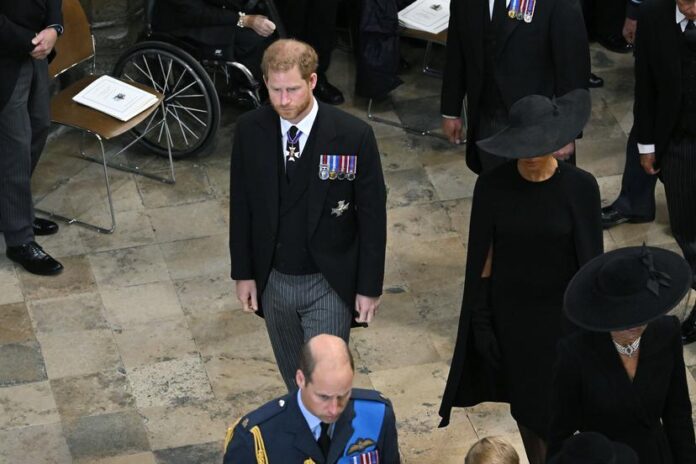 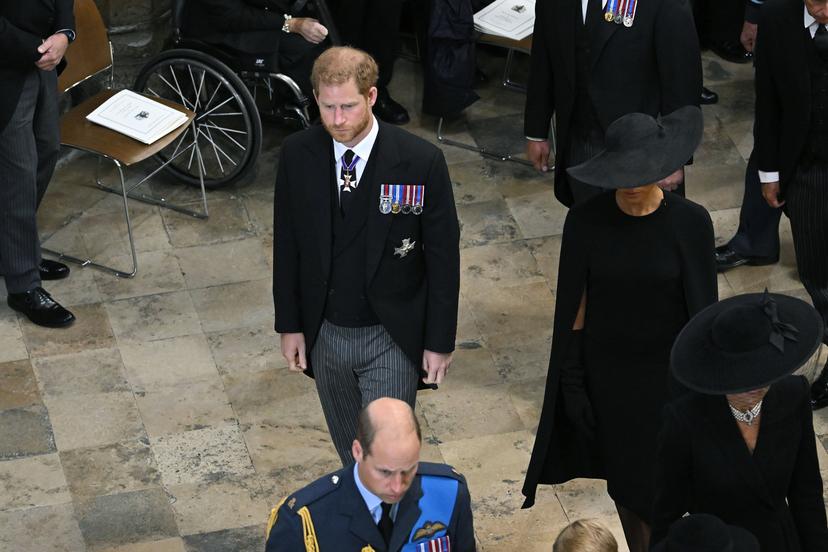 Prince Harry and Duchess of Sussex Meghan Markle’s appearance at Queen Elizabeth’s funeral was marked with a “show of respect” that was “in keeping with the seriousness of the occasion”, according to a body language expert.

As reported by 7news.com.au, while the royal couple was criticized for holding hands at the Queen’s lying in state service last Wednesday, the change in body language for the funeral at Westminster Abbey on Monday fell more in line with royal protocol.

“In keeping with the seriousness of the occasion and a show of respect, Prince Harry and Meghan forewent their signature hand clasp in favour of a formal distance, walking side by side behind Prince William, Princess Kate, Charlotte and George,” body language expert Katia Loisel told 7Life.

“While most in the procession walked with arms by their side, a somber Meghan kept her head bowed, eyes downcast and hands clasped in front, in a self-protective gesture indicating a level of discomfort or uncertainty, and perhaps as a sign of respect.”

Harry and Meghan are known – and often criticized – for their physical displays of affection.

However, the eagle-eyed Loisel said the gravity of the occasion had not been lost on the pair who respectfully tempered their tactile leanings.

“It was interesting to note the lack of affection and mutual touch between Prince Harry and Meghan,” she said.

“While we see some postural echoing between the pair on a couple of occasions, their bodies orientated towards one another, for the most part, they appeared to avoid contact tie signs such as their signature handholds in favour of a more formal distance, perhaps as a show of respect or in response to recent criticism.”