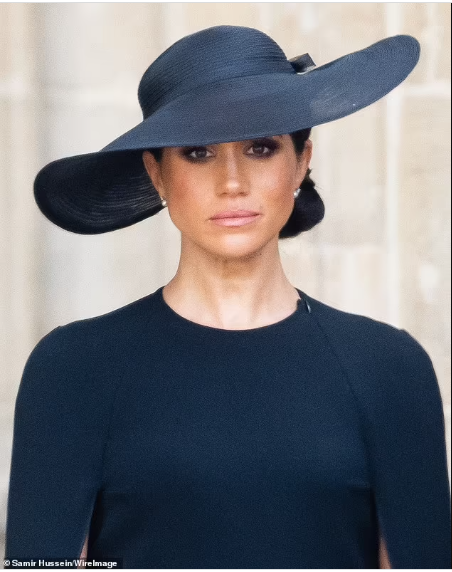 Meghan Markle is reportedly set to take home an honorary gong at the glitzy 2022 GQ Men of the Year Awards in London.

The Duchess of Sussex, 41, is set to receive ‘one of the top awards of the evening’ at the event, which will be held at the Tate Modern on November 16, an unnamed source told The Sun.

Meghan, who will reportedly receive an honorary award in recognition of her charity work, is expected to attend the annual bash, which often attracts A-listers like the Beckhams, Ed Sheeran, and Idris Elba.

Last year, the Duke of Sussex appeared at the awards live from California via video link. Tickets for the awards show cost £5,999.

An unnamed source told The Sun that the Duchess has been offered ‘one of the top awards of the evening’ for charity work, describing it as a ‘massive coup’ for her.

The source added: ‘She already has a close relationship with GQ due to her friendship with Vogue’s Editor-In-Chief Edward Enninful which is also owned by Conde Nast.

‘Edward is very much seen as a friend rather than a business acquaintance.’

The awards, which will be held in November, usually take place in September, but were reportedly moved to accommodate the Sussexes, the source claimed.