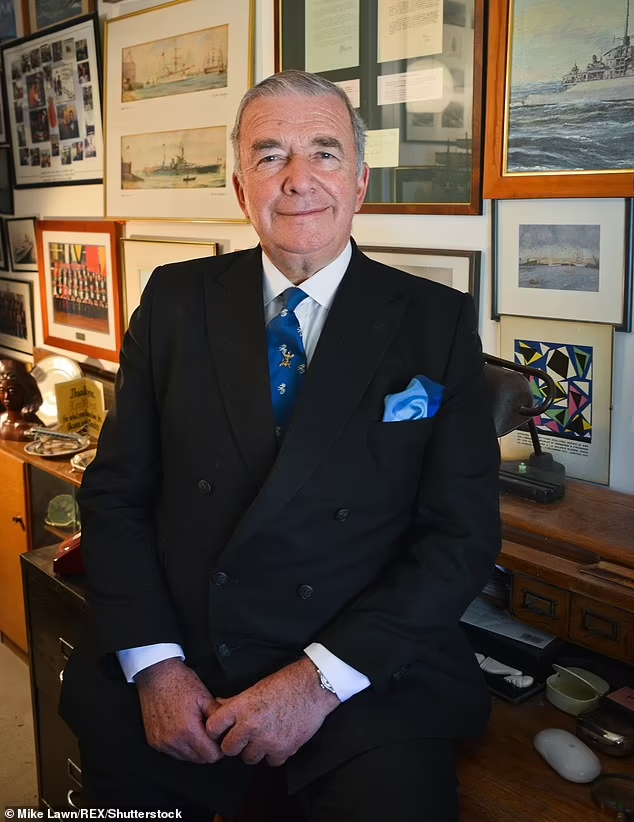 ‘Cornered’ Russian President Vladimir Putin poses a ‘very real risk’ of firing nuclear weapons at Ukraine in a devastating move that could ‘obliterate’ global peace, the former head of the Royal Navy had warned.

Admiral Lord Alan West said that things have ‘gone very, very wrong’ for the Russian leader over his botched invasion of Ukraine.

His comments came after a desperate despot ordered the call-up of 300,000 military reservists – a first in Russia since the Second World War – and issued a chilling new threat to use nuclear weapons against the West, telling world leaders to back off Ukraine while warning: ‘I’m not bluffing.

Lord West, who served during the Cold War, said the threat was something Western leaders could not afford to shrug off.

The former security minister told MailOnline: ‘There is a very real risk he might use tactical nuclear weapons if he thinks things have gone very, very wrong.

‘This could lead to world obliteration. I think we are not nearly there yet. But the danger is once things start going wrong It becomes a slippery slope.’

During a speech this morning on Russian state-owned TV, Putin gave the go-ahead for referendums to be held in occupied areas of Ukraine that would make them a part of Russia, in the Kremlin’s eyes at least.

He vowed to use ‘all means’ to defend the regions, saying: ‘If the territorial integrity of our country is threatened, we will use all available means to protect Russia and our people – this is not a bluff… I shall stress – by all means available to us. Those trying to blackmail us with nuclear weapons should know that the tables can turn on them.’