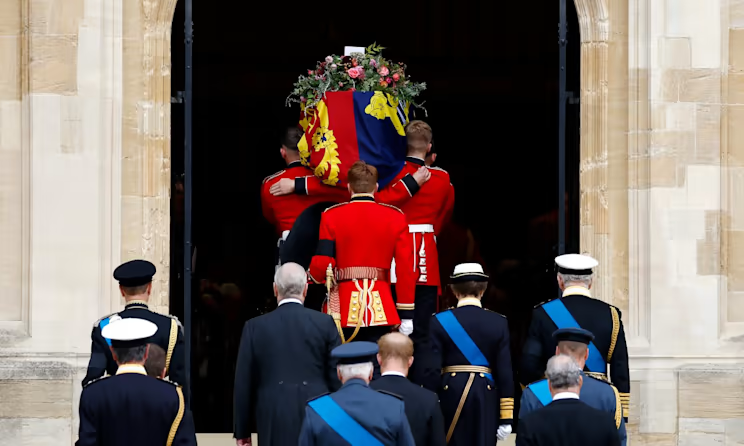 Queen Elizabeth’s children were joined by their nearest and dearest to honour Britain’s longest-serving monarch. However, there was one royal that wasn’t present for the event.

Katharine, Duchess of Kent did not attend the sombre occasion. The 89-year-old is married to Prince Edward, Duke of Kent, who is a first cousin of the late monarch. While Katherine did not attend the ceremony, her husband was present.

The Duchess, who stepped away from royal duties in 2002 and dispensed with her HRH title, is rarely seen in public and was seen for the first time in almost three years in May earlier this year when she attended an event at Lancaster House in London for her charity, Future Talent.

Before that, her last public appearance was in 2019 when she hosted a concert at St James’s Palace for the Royal Northern College of Music.

While the reason for the Duchess of Kent’s absence has not been revealed, it is known that she has suffered from health problems in the past, including ME (myalgic encephalomyelitis, also known as ‘chronic fatigue syndrome’).

The Duchess of Kent was not present

Who is the Duchess of Kent?

Katharine is the fourth child and only daughter of Sir William Worsley and his wife Joyce Morgan Brunner. She met the Duke of Kent when she was 24 years old while Edward was living at Catterick Camp, an English military base. The couple tied the knot in 1961.

In a recent interview with The Telegraph, the Duchess revealed that she quietly took up a position as a music teacher at the Wansbeck Primary School in Hull for 13 years after dispensing her royal duties. “I was just known as Mrs Kent,” she said.

“Only the head knew who I was. The parents didn’t know and the pupils didn’t know. No one ever noticed. There was no publicity about it at all – it just seemed to work.”