Emmanuel's Blog
Home Royal Family How Ruthless Will King Charles Be With Prince Harry When It Comes... 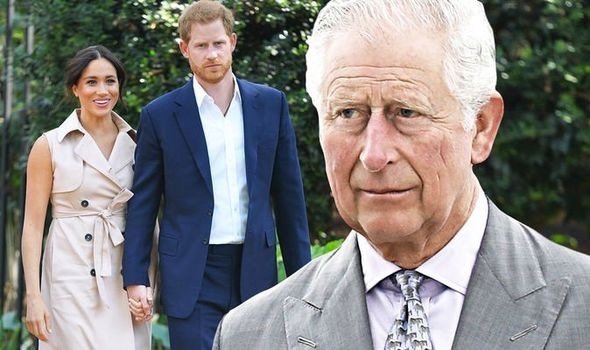 Prince Harry faces a life of permanent “exile,” with King Charles plotting to follow the playbook drawn up by the royals as they overcame the crisis triggered by Edward VIII, the king who abdicated in 1936 and was obliged to live the rest of his life outside the U.K., The Daily Beast understands.

A friend of the king’s told The Daily Beast: “The royals handled the abdication crisis by exiling Edward which meant he and Wallis ultimately came to seem like unimportant, misguided, disloyal, and even treacherous individuals to almost the entirety of the British people. It was a masterful operation in the service of which the Queen Mother, in particular, worked tirelessly.

“The same thing is already happening with Harry and Meghan, and will only gather pace over the next few years under the rule of King Charles. And of course, a wayward second son is far less of an existential threat to the fabric of the monarchy than a wayward king.”

Another source, a former Buckingham Palace staffer, told The Daily Beast that King Charles’ accession statement, in which he encouraged his son and Meghan to “continue to build their lives overseas” was an undisguised message to them to not disrupt his reign by making frequent trips to the U.K.

“Harry and Meghan will get an invite to the coronation but they will be firmly seated in the cheap seats along with Beatrice and Eugenie, as they were at the funeral. That will be it. Charles will be ruthless when it comes to protecting the Crown, and that means keeping Harry and Meghan as far from the center of gravity as possible,” the former staffer told The Daily Beast.

The news follows the revelation, reported by the Sun Thursday night, that Harry snubbed Charles’ offer of dinner the night he was at Balmoral following Queen Elizabeth’s death after Charles had forbidden Meghan from joining Harry at Balmoral.

Instead of joining Charles, Camilla, and William for supper at Charles’ home on the Balmoral estate, Birkhall, Harry stayed with Prince Andrew, Prince Edward and his wife Sophie at Balmoral Castle itself.

A source said: “Harry was so busy trying to get Meghan to Balmoral and rowing with his family that he missed the flight. Charles has an open invitation for Harry to dine with him whenever he is in the country. But Harry was so furious that he refused to eat with his father and brother. It was a massive snub. And he got out of Balmoral at the earliest opportunity to catch the first commercial flight back to London.”

Although it was the couple themselves who made the decision to go and live in America, they have eyed a transcontinental role for themselves. As they said, in their first departure announcement, “We now plan to balance our time between the United Kingdom and North America.”

They were equally open about their desire to continue to “represent” the monarchy while being able to earn their own money.