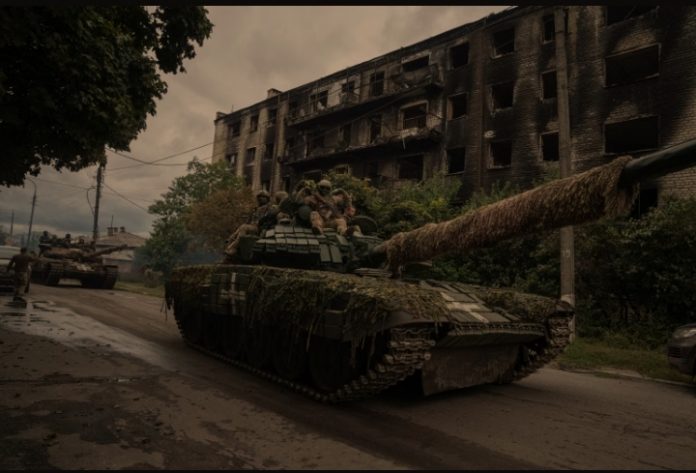 Finally, it’s becoming Ukraine more than ever. Glory to Ukraine!

The counter-offensive strategy of Ukraine in Kherton is working, not only that Russian forces are no longer on the front foot in the region of Kherson, they have also lost some cities they already overcome to Ukraine.

Due to the offensive role the Ukraine forces are playing in the south of the country (Kherson), territories are being recovered and as well give Ukraine’s force a hope of many things to come. Lyman is one of the cities they have recovered, as they offensively cause Russian forces to cede the territory.

It is a great accomplishment for all Ukrainians since the city of Lyma is considered to be logistics hub for Russia. It is now obvious that Ukraine forces taking over Lyma will pose logistical challenges for the Russians.

A senior military official during a background briefing at Pentagon yesterday has it reported that:

“As fighting continues in Ukraine, the Ukrainian military’s counter-offensive operations in the south of their country have Russian forces in a “defensive crouch”.

Encountering Ukrainians’ offensive strategy is what Russian government didn’t see coming, they are used to seeing Ukraine forces being defensive.

Ukraine forces will be glad their counter-offensive method gives them victories they have been yearning for, and it helps to also send fears down to the spine of Russian force.

Kyiv’s troops also consolidated gains in the east and other major battlefields, re-establishing Ukrainian control just as Russian President Vladimir Putin is trying to overcome problems with manpower, weapons, troop morale and logistics, along with intensifying domestic and international criticism.

Now, Putin faces disarray and anger domestically about his partial troop mobilization and confusion about the establishment of new Russian borders.

It is hardwork and big victory for Ukrainian forces. Since summer, they have been pressing (relentlessly) pummeling Russian supply lines and making inroads into Russian-held areas west of the Dnieper River.

Also, there are indicators that Kyiv’s forces had retaken the villages of Arkhanhelske, Myroliubivka, Khreshchenivka, Mykhalivka and Novovorontsovka.

Though there are no immediate confirmation from Kyiv on the gains, yet. Yes! Ukraine’s offense system is working in Kherton while we can say Russia’s defense system is not working. In the entire Luhansk region, the Russians don’t have any more lines of defenses further beyond the city.