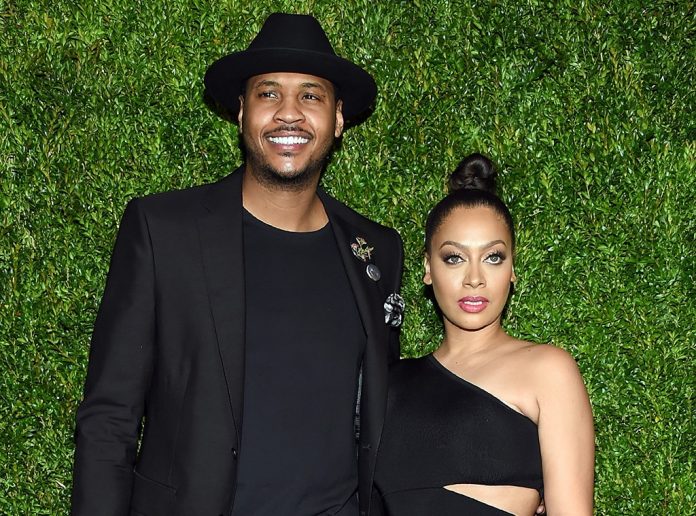 Divorced in 2021, La La Anthony has finally revealed the reason why her marriage to ex husband Carmelo Anthony hit the rocks. Although it has been a year since La La filed for a divorce from her ex-husband, she has decided to bring to light why things did not work out between the two.

The fact that they were constantly and consistently under the spotlight and scrutiny of the press, security and the media put a strain on their marriage as it was hard dealing with the whole thing. This may have not been the only reason why things went south, but it was definitely part of the reason.

Additionally, Carmelo would have to travel to cities for games and this would give her (La La) sleepless nights as those cities were known for its rancour and for athletes infidelities. While she admitted that her ex husband travelling to certain cities like Miami had her worried, it was the unfamiliar cities that were the real worry as those were places things really happened.

The marriage between La La and Carmelo lasted for seven years after which they separated with news of their separation spreading very fast. Soon after, La La was seen stepping out without her diamond wedding ring and reports of Carmelo impregnating another woman surfaced.

The divorce was filed in July 2021, and La La has long separated from Carmelo with proceeding for the divorce ongoing.