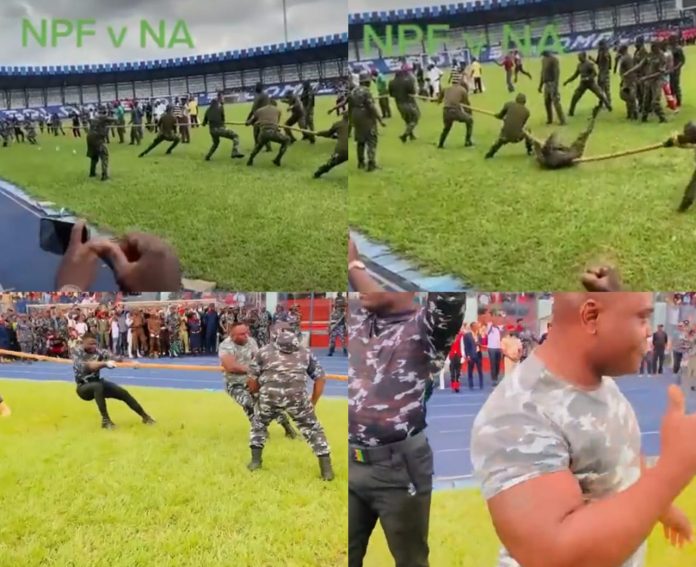 The video was shared online by SP Mahid Muazu Abubakar, the spokesperson of the Gombe state police command today October 3. He tagged it

”Tug of war between Nigeria Police and Nigeria Army, this is beyond just game it’s a sign of synergy between our security forces, let’s love lead. We both have similar objective which is securing our Fatherland Nigeria.”