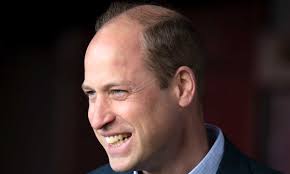 Speaking at the United for Wildlife Global Summit, the royal delivered a rousing speech centred on the illegal wildlife trade, highlighting how it’s destroying lives and pushing too many species towards extinction.

William, 40, said: “Our natural world is one of our greatest assets… It is a lesson I learned from a young age, from my father and grandfather, both committed naturalists in their own right, and also from my much-missed grandmother, who cared so much for the natural world.”

He added: “In times of loss, it is a comfort to honor those we miss through the work we do. I take great comfort then from the progress we are making to end the illegal wildlife trade.”

The dad-of-three later took to his official Instagram page to share a montage of clips from Tuesday’s summit. Royal fans raced to the comment section to heap praise on the future King, with much drawing attention to his “incredible first speech”.

“As always, William is at his best when speaking on a subject he is passionate about. It is not just the UK that is lucky to have him, he strives to improve the world for all its citizens,” wrote one, whilst a second penned: “AMAZING!!!!! Seriously, I just cried. This is beautiful, aspirational and powerful.”

The joint portrait was taken inside Buckingham Palace on the night before the Queen’s state funeral. The four royals hosted numerous heads of state, including U.S. President Joe Biden and First Lady Dr. Jill Biden.

Although in mourning, the royals looked perfectly poised as they smiled for the camera. The relaxed photo shows Charles posing with one hand in his pocket whilst using his other arm to comfort his wife.