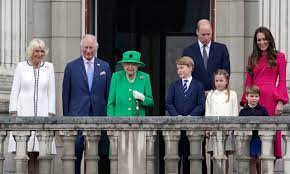 It has been revealed that a man accused of trying to harm the monarch is set to stand trial next Spring.

Jaswant Singh Chail was detained on the castle grounds on Christmas Day last year when the Queen was in residence.

The 20-year-old was allegedly wearing a hood and mask and carrying a crossbow loaded with a bolt.

The charge under Section Two of the Act states that “on December 25 2021 at Windsor Castle, near to the person of the Queen, you did willfully produce or have a loaded crossbow with intent to use the same to injure the person of Her Majesty, Queen Elizabeth II, or to harm her Majesty”.

He is also charged with making a threat to kill the Queen to Kashmir Chail and others on the same date and is further accused of having a loaded crossbow, an offensive weapon, in a public place.

On Wednesday, Mr Chail appeared at the Old Bailey via video link for a plea and case management hearing. Wearing a black hooded top and matching T-shirt, the former supermarket worker spoke to confirm his name and date of birth.

The plea hearing was put off to a date to be fixed in December for further evidence to be obtained. Mr Justice Sweeney also set a provisional trial for March 20 next year to last two to three weeks. The defendant, from Southampton in Hampshire, was remanded in custody.