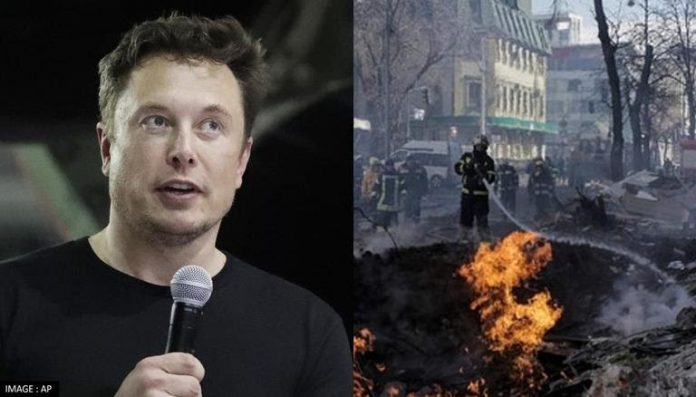 Billionaire, Elon Musk has shared a ‘peace plan’ for the Russia-Ukraine war to end. But his proposal was quickly met with backlash—including from Ukrainian President Volodymyr Zelensky.

The world’s richest man and Tesla founder on Monday, October 3, suggested elections in the annexed regions under United Nations supervision. “Russia leaves if this is the will of the people,” he said.

He also said Crimea, the Ukranian city annexed by Russia in 2014 originally belonged to Russia until a ‘mistake’ by former Soviet Union premier, Nikita Khrushchev. He called for the Crimea to formally become part of Russia.

Then, he said Crimea’s water supply should be assured. And lastly, he argued, Ukraine should remain neutral rather than joining NATO.

Musk then shared a Twitter poll asking his followers to give their opinion on his suggestion.

He added that the war could turn nuclear although it is unlikely.

Less than three hours after his first tweet, Zelensky responded to Musk with his own poll, mocking Musk’s plan.

Ukraine’s ambassador to Germany, Andrij Melnyk, also piled on Musk in atypical fashion for a diplomat. “Fuck off is my very diplomatic reply to you,” he wrote. Melnyk later added that no Ukrainian would ever buy a Tesla, telling Musk “good luck.”

“Let’s try this then: the will of the people who live in the Donbas & Crimea should decide whether they’re part of Russia or Ukraine,” he wrote—asking his Twitter followers to answer either “yes” or “no.”

However, Times correspondent Christopher Miller replied to Musk’s tweet, referring to the Ukrainian Independence Referendum, when Ukrainians were asked to vote on the country’s independence

Last week, Russian President Vladimir Putin announced the annexation of four regions- Luhansk, Donetsk, Zaporizhia and Kheria and claimed “this is the will of millions of people.”

ABOUT US
Emmanuel's Blog is a multimedia company Since 2013, Main focus on Science & Education, Lifestyle TV, Crimes, Politics, Celebrity and BLM Empowerment, Technology, career Improvement, money content for black community, and projecting the vibrant possibility of Africa AND people who LOVES Africa.
Contact us: info@esbtv.ng
FOLLOW US
© 2013-2022 Emmanuels Blog. All rights reserved.