Emmanuel's Blog
Home News World News Why Is Putin Less Than A Year Away From Defeating Zelensky And... 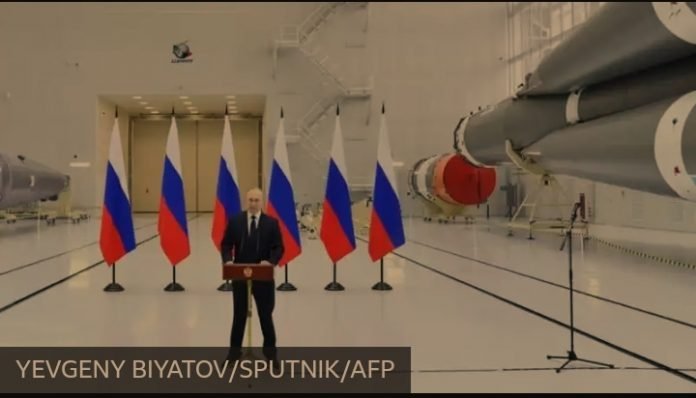 It is not news that he Russian leader’s initial aim was to overrun Ukraine and depose its government, ending for good its desire to join the Western defensive alliance Nato.

Launching the invasion on 24 February, President Putin told the Russian people his goal was to “demilitarise and de-Nazify Ukraine”. His declared aim was to protect people subjected to what he called eight years of bullying and genocide by Ukraine’s government. In a little while, another objective was soon added: ensuring Ukraine’s neutral status.

But things have not gone quite well according to plan. And after many days of hiccups.and perpetual failures, he is frustrated to abandon his bid to capture the capital Kyiv and turned his ambitions to Ukraine’s east and south.

This means Russian officials are now focused on seizing the two big eastern regions and creating a land corridor along the south coast, east from Crimea to the Russian border.

Meanwhile, they have claimed control of the southern region of Kherson, also more than a third of this area was already seized by Russian proxy forces in a war that began in 2014, but Russia intends conquering it all this time around in a strategic way that makes them simplify the war and gather wins in bits.

Achieving this will provide him the luxury missing to advance to a large scale of victory and depose Ukraine’s territory once and for all.
Going with this strategy, he will achieve the big goal of capturing the capital Kyiv in less than a year. Small wins bring big victory after all.

While other leaders of country label this attempt as “invasion”, “war”, “genocide”. Putin has refused to see it in this light and would rather call it a “special military operation”.

And What Will U.S and NATO Do If Putin Defeat Zelensky?

They might as well become helpless like Ukraine. Russia taking over Ukraine will leave a taste of defeat in their mouth. The best time for them to “do” is now, it’s good that US and NATO allies give Ukraine government incredible support while standing with them.

Nothing will likely change if Putin takes over Ukraine, even as at now, US and NATO are treating Russia with contempt and this would not change soon regardless of the aftermath of the “special military operations” – in the word of Putin.