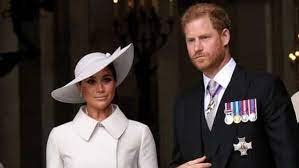 When Prince Harry and Meghan Markle stepped back as senior royals, they probably did not expect their actions to have a counter reaction from the royal family. For starters, they both feel alienated from other members of the royal family, with Prince Harry seemingly feeling it more as he has lived his life with and around family.

Ever since they stepped down from their duties as working royals, and moved away from home and England, they have been cut off from accessing the royal funds and have had to make a life of their own. While this was part of the plan to move away from family and home, Prince Harry and Meghan have had to create a life for themselves in America without any help from England.

One of the ways they have chosen to do that is by signing a contract worth millions of dollars with the popular and huge companies Netflix and Spotify to create content over an agreed number of years. This may have seemed like a brilliant idea in the beginning, we are starting to get the impression that the Sussexes are having problems keeping up.

Everyone in the entertainment and streaming industry knows that creating content is no joke, as it requires a level of dedication to make it work. For Prince Harry and Meghan, it is starting to look like they have a huge problem on their hands as they may not have the luxury of being fully dedicated in this project owing to their busy lives and schedules.

Truth be told, there is only so much news we the public can take concerning Harry and Meghan, and this is probably one of the reasons why the Sussexes are having issues keeping up with their bargain. Although they have created a podcast for Spotify, some other projects of theirs have been reportedly taken over by Netflix and Spotify.

The public may have been thrilled on the issue of the contract signings, but after one year, very little content have bee created so far. This further confirms that The Duke and Duchess of Sussex may have underestimated the effort it takes to create content and keep people entertained.