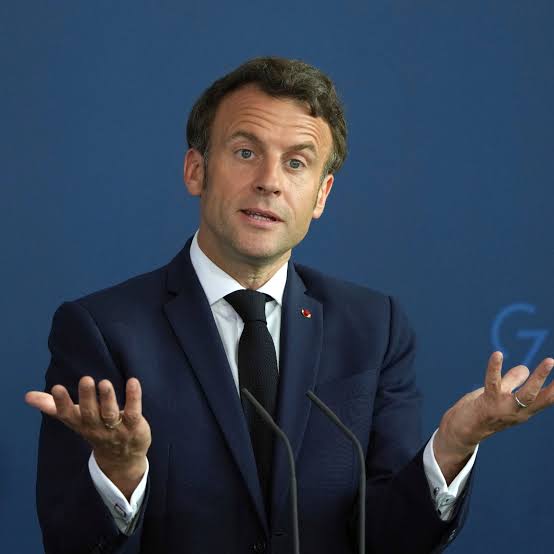 This is officially the second time and counting that the French president would be subjected to physical abuse publicly.

A woman slapped Macron in the face before officers quickly move in. The president, meanwhile, is pulled away. This incident reportedly happened on Sunday, November 20, 2022.

In June 2021, a man, Damien Tarel, slapped him during a tour in southern France. Macron was seen in the footage stretching his hands to greet a man in a small crowd of onlookers.

Rather than receive the handshake, the man, who was dressed in a green T-shirt, glasses and a face mask, held Macron’s outstretched hand before slapping the left side of the president’s face, shouting “A Bas La Macronie,” meaning “Down with Macronia.”

The identity and motive of the assaulter who gave Macron his second slap are still unclear.

It is not the first time that the French president would be subjected to physical abuse publicly.

Newly Redesigned Naira Notes Turns Senator Shehu Sani A Philosopher: “What shall it profit a Naira if it can get a whole new colour...

UNFPA warns 250 million Nigerians will be poor in the future if FG fails to ….

NED NWOKO FOR SENATOR: Regina Daniels Receives N10 Million (with Receipt) As A Reward For Supporting Her Husband’s Political Ambition

US Senator: “Parents should be very concerned about their children using TikTok”