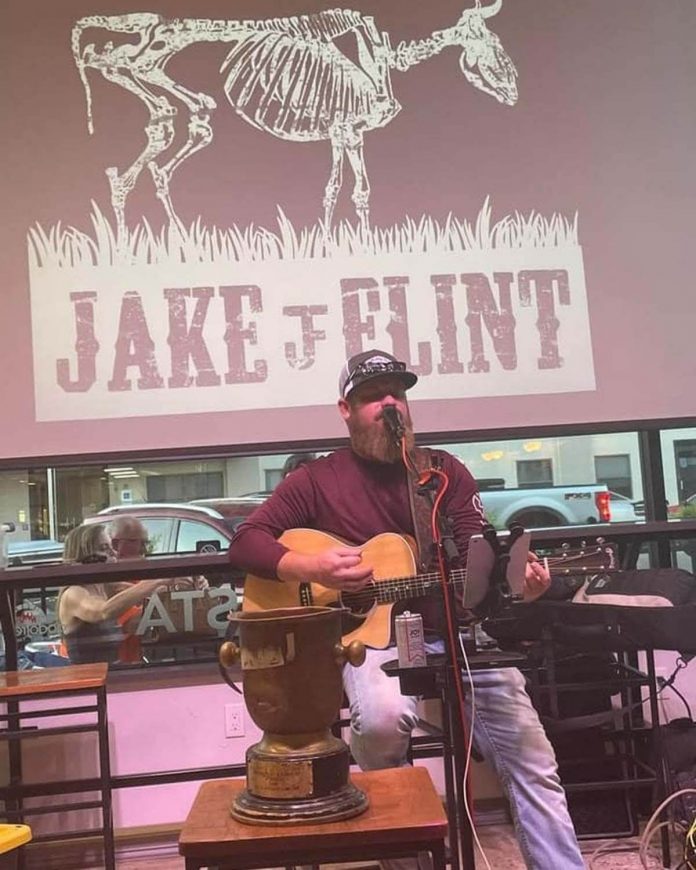 Country music artist Jake Flint died in his sleep hours after his wedding on Saturday 26 November.

His wife Brenda Flint posted a video clip from their wedding and captioned the post: “I don’t understand.”

The shock and grief were apparent in the Oklahoma music community Monday as word spread of Flint’s sudden death at the age of 37.

His longtime publicist, Clif Doyal, confirmed to The Oklahoman that the Red Dirt singer-songwriter had died in his sleep following his wedding on Saturday.

“He was not only a client, he was a dear friend and just a super nice guy. As you can see from the outpouring on social media, he was loved by everybody.

“I think a lot of it was just that he was a people person, and he had an amazing sense of humor. He made everybody laugh, and he made everybody feel welcome,” Doyal said. “He was an ambassador for Oklahoma Red Dirt music.”

The cause of death has not yet been determined.

“I don’t understand,” Brenda Flint wrote in a caption attached with video, before later adding in a separate post that “people aren’t meant to feel this much pain.”

“We should be going through wedding photos but instead I have to pick out clothes to bury my husband in,” she added. “My heart is gone and I just really need him to come back. I can’t take much more. I need him here.”

The Country singer raved about his engagement in January and was set to end the year on tour.