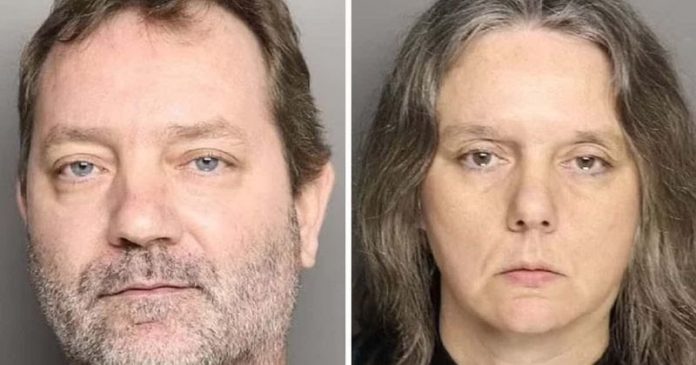 Michael Burnett, 43, and Melissa Burnett, 49, were identified by the Greenville County Sheriff’s Office on Monday as the uncle and aunt of Tyler Wilkens, 21, who has been accused of bludgeoning Clarissa Winchester, 22, to death.

It was gathered that the South Carolina couple has been arrested after ignoring the ‘tortured cries’ of a 22-year-old pregnant woman being ‘bludgeoned to death’ in their home by their nephew.

It was confirmed that the Burnetts ‘were in the house at the time of the brutal assault’ but ‘failed to act, call 911, or provide any other assistance,’ even as Winchester screamed for help, according to the sheriff’s office.

Sheriff’s office investigator Blake Wolfe told The State that Nebling was last seen being picked up by an ex-boyfriend.

“In my heart, I think he did something to her,” she said.