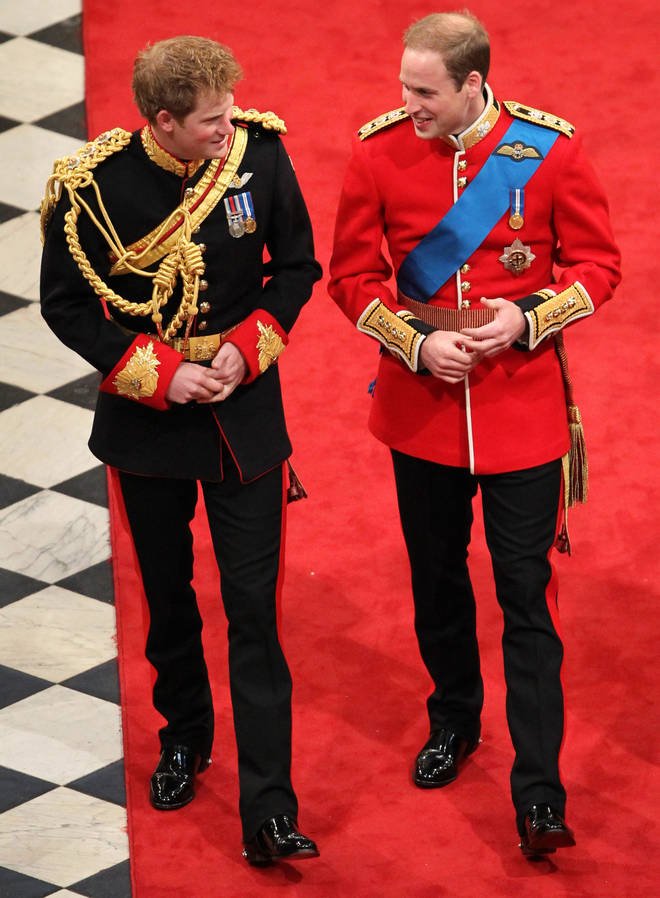 Prince William and his younger brother, Prince Harry, have often kept their relationship with their grandmother, the Queen, under wraps.

The two Princes, who have grown up in the glaring royal spotlight, have only spoken about their family bond with Her Majesty once or twice and revealed they sometimes have to make an appointment to see her.

Speaking in an Interview for ABC in 2012, Prince Harry explained: “It depends where she is. She’s always very, very busy and the grandparents never seem to be in the same place as us. If they’re around and we’re in close proximity, it is always nice to pop around.”

However, when asked whether he could just pop round for a cuppa, the flame-haired royal replied: “I’d like to think so. I’m sure if I rang her up and said ‘can I come over for a cup of tea’ she would hopefully turn around and say ‘yes, please do.'”

Future King, Prince William, also revealed that he and Harry are a bit ‘cheeky’ around their royal grandmother.

“I’m probably a bit of a cheeky grandson, like my brother as well. We both take the mickey a bit too much. But I remember always having a healthy respect for my grandmother.”

Fast-forward four years and Prince Harry opened up further about his relationship with the Queen.

He admitted: “I still view her more as the Queen than my grandmother” and that “I always view her as my boss.”

E! News Royal Correspondent Melanie Bromley shed more light on the family bond, revealing that it’s very much a mixture of half-family, half business – although Harry possibly has the less-formal edge to his relationship.

“William is going to become king, so there has been a very close relationship between William and the Queen. It’s half family and half business,” she explained told News Corp Australia.

“There are things that she’s teaching William that she also taught her son (Prince Charles) as far as the protocol and what’s expected of him.

“William is in a very different role (to Harry) … he was born for this job.

“For Harry and the Queen, it’s always been quite obvious that as soon as William and Kate started to have children, Harry’s potential for ever becoming king … he wouldn’t be expected to do that.

“His relationship with the Queen is a lot more fun and grandson-to-grandmother.”