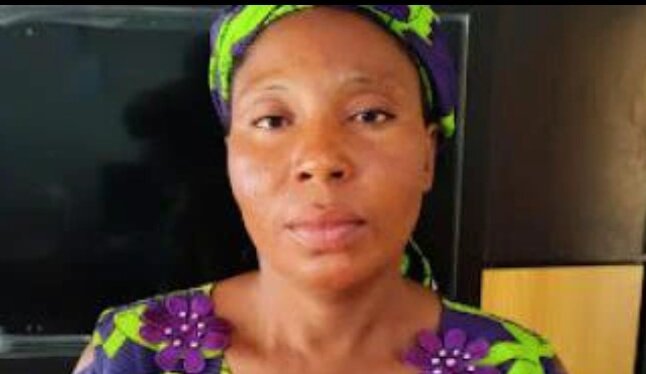 The Nigeria police have arrested a 37-year-old female pastor, Ruth Kenneth for allegedly providing information about congregants to kidnappers in Adamawa state.

Kenneth, a mother of seven is a self-acclaimed prayer warrior who consults for people with diseases and spiritual conditions.

She was arrested after the police tracked her conversations with kidnappers who threatened to kidnap one of her patients if he failed to pay a ransom of N10 million.

It was reported that a patient suffering from an undisclosed ailment visited her prayer house along Numan Road in Yola.

After a prayer session, she claimed that it was revealed to her that kidnappers were after him.

The man, with an undisclosed name, said:

“When my children and son-in-law took me to her prayer house for healing, she told me that she saw in a vision during prayers that my name was given to kidnappers, and that to avert being kidnapped I should buy a two-year-old ram without bargaining (over) its price.

“According to her, she needed the ram for a sacrifice to keep the kidnappers away from me. That after slaughtering the ram, she will pull one of its horns, remove something from its heart and mix it with some herbs.

That after completing the concoction, she will bury the horn within my compound, after which no man would be able to attack my house or harm me and my family members.”

“I told her I needed to return home to raise the money. Surprisingly four days after I got back home in early November 2022, I got a strange phone call from someone demanding N10 million, else I risk being kidnapped with some members of my family,” he added.

The spokesperson for the state police command, SP Suleiman Nguroje has thus confirmed arrest of the female pastor, saying:

“Operatives of the Command apprehended her and investigation is ongoing”.