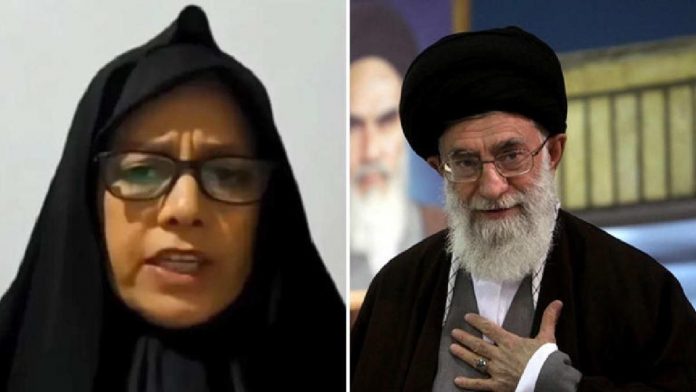 The niece of Iran’s supreme leader has been arrested for the comments she has made concerning the leader and for calling on foreign governments to sever all ties with the Iranian government.

Farideh Moradkhani, the niece of Iran’s supreme leader Ayatollah Khamenie, was arrested for comparing her uncle to Hitler, and encouraging foreign governments to cut ties with Iran. According to Farideh’s brother Mahmoud Moradkhani, she was arrested on Wednesday, when she responded to a court order by visiting the prosecutor’s office.

The arrested’s brother shared a video of his sister before her arrest, and it showed Farideh urging people all over the world to urge their government to cut ties with the Iranian regime.

In the video, Farideh said ” Oh free people, be with us and tell your government to stop supporting this murderous regime”. Reports showed that Farideh had been arrested before for an unknown reason. Nonetheless, the unrest and protest currently happening in Iran is as a result of the death of a 22 year old woman named Mahsa Amini.

The official reports stated that Mahsa had been detained by the police for not wearing her headscarf properly. She suffered a heart attack during interrogation and died shortly after.

However, there has been rumours on social media that she was beaten by the police, causing citizens of Iran to take to the streets to protest the death of Mahsa. This has been the issue and case in Iran since September 16. Meanwhile, an official report had been released by Iran’s National Forensic Medicine, and it stated that Mahsa suffered no injuries.

Iran sentences three more to death over protests, and a footballer