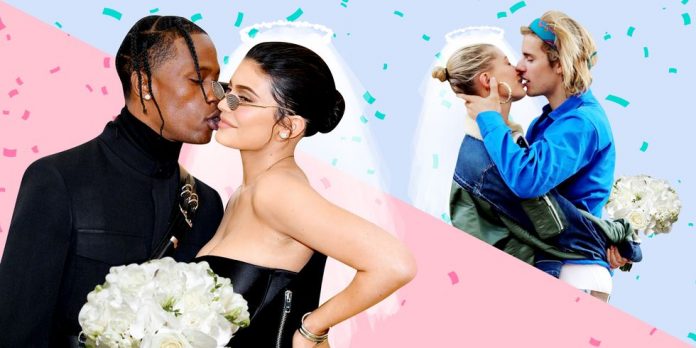 Celebrities’ marriages may look perfect, but the reality, of course, is that celebrities struggle through relationships just like everyone else. In fact, finding (and holding on to) love might be even harder for someone who’s famous. Not only is your love life under a microscope, but the very nature of fame might change how you think and act in relationships.

Why is it that most celebrities succeed at everything else except love and marriage? They work their head off to build a career or name for themselves yet they fail at keeping their relationship working.

According to a study by the Marriage Foundation UK, celebrity marriages crash at a rate twice that of regular marriages. So why is it that celebrities fail at love and marriage?

It’s okay to admire celebrity couples, the glitz, the glamour, the fun – many of which are a veneer for the ugly scenes that the camera doesn’t show us. But more importantly, we should realize that they are human too. They are fallible.

Hence we should learn from their mistakes:

Infidelity is one of the top reasons why many marriages (celebrity or regular) fail.

It’s almost difficult to stay faithful when you have an endless number of admirers dying to be with you. There is always an opportunity to cheat. Celebrities are under intense pressure, they are surrounded by fame and money and some of the most beautiful people – not many can resist that.

Celebrity couples often spend lots of time apart from each other; at project locations, and events. They are engrossed in different projects that make them spend less time with each other. It’s quite hard staying in love with someone who is unavailable, physically and emotionally.

Emotion can be feeble. It’s easy for them to slip out of feeling for their partner and develop affection for someone else – especially some new attention.

You know what they say about “out of sight, is out of mind”?

Celebrities are used to being the center of attention. Some prioritize their importance or need above that of their partner.

Jealousy can also creep in when one partner is more successful than the other (especially if they are on the same career path). One is getting all the love and endorsement, while the other is barely scratching the surface.

Like we regular folks, celebs are humans too. We are susceptible to strong emotions and dive headfirst, we go deep before we realize what we are doing.

Many dive into marriage after a few good moments together thinking it’s till death do us part. They are so deep in love without checking to see if they are compatible. They think the initial rush is all it takes to stay in love – they burn out quickly. Ariana Grande and Pete Davidson got engaged almost immediately after their first date – they broke up in less than five months.

We must admit that celebs have a lot of people around and in their lives – mostly mere fans or workers – who don’t know them beyond their status. They are humans too and crave real human interaction beyond the screen, the glitz and glamour.