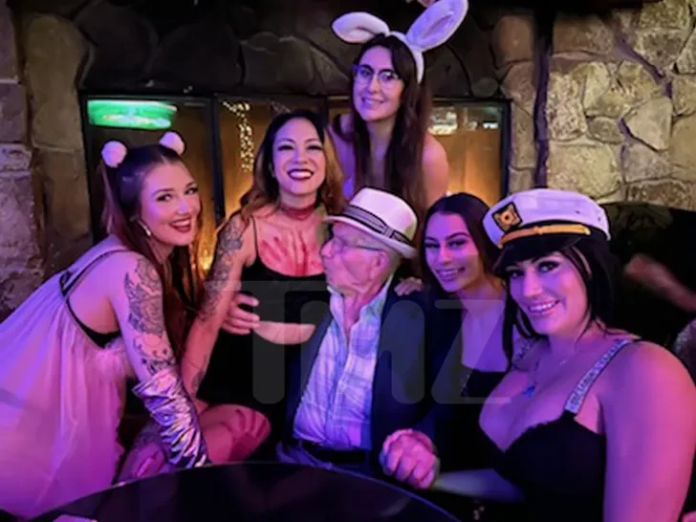 A Texas man identified as Gioacchino “Jack” Poma, had quite a fun-filled day at a strip club his daughter, Dina, took him to as part of his 100th birthday celebration.

She revealed that her father hasn’t been to a strip club since his youth, and when he showed up to The Lodge Halloween night, he was like a kid in a candy store.

The dancers were awestruck when Jack’s daughter brought him to the strip joint, but she says her dad only gets one life, so he should enjoy it while he can.

The dancers adored Jack, with one feeding him pepper pasta as others brought out the birthday cake. Dina guided her father around the dancers and cautioned him when he got out of hand due to excitement.

Jack’s wife died 12 years ago and the woman he got into a romantic relationship with afterward, died last year.