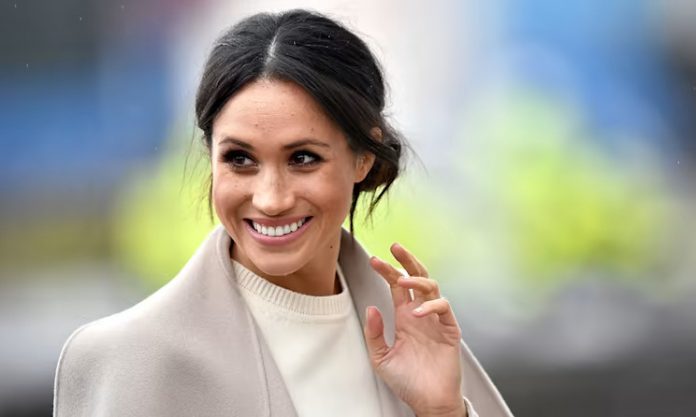 However, before they all sat down for a family meal, Meghan and Harry turned their attention to others and helped prepare a Thanksgiving lunch for over 300 women in Downtown Los Angeles through their Archewell Foundation.

Taking to the Archewell website, the couple shared a new post on Friday titled Giving Thanks, alongside a new photo of what appeared to be Meghan in a baseball cap and face mask helping to make pumpkin pie.

It added: “DWC provides a wide array of resources to decrease barriers and end homelessness for all women including female veterans and their families, women with severe physical and mental health concerns and survivors of domestic violence.”

According to the site, the Archewell Foundation’s “core purpose is to uplift and unite communities — local and global, online and offline — one act of compassion at a time”.

Last year, Meghan shared an insight into her family’s Thanksgiving plans and revealed her favorite thing to do during an appearance on The Ellen DeGeneres Show.

“I love to cook, we’ll be home and just relax and sort of settle in,” she told Ellen of their 2021 plans, which will no doubt be similar to how they spent the holiday this year.

The Duchess also previously spoke of her own Thanksgiving traditions from her childhood on her former lifestyle blog The Tig.

She wrote: “Despite the contrast of my two worlds growing up, there was a powerful commonality: both my parents came from little, so they made a choice to give a lot – buying turkeys for homeless shelters at Thanksgiving, delivering meals to patients in hospice care, donating any spare change in their pocket to those asking for it, and performing quiet acts of grace – be it a hug, a smile, or a pat on the back to show ones in need that they would be alright.”