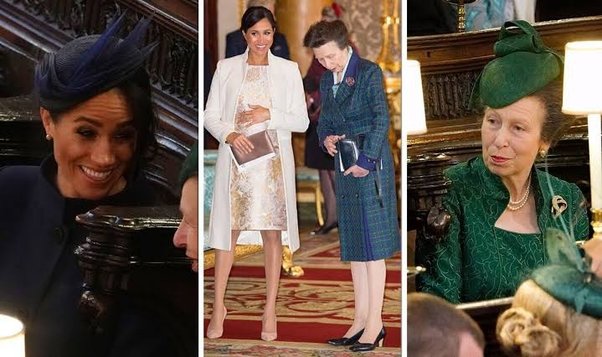 Before Meghan Markle stepped down from her role as senior royal she attempted to form bonds and create friendships with some members of Prince Harry’s family, according to a body language expert.

Here’s what the expert noticed about Meghan’s attempts and how it didn’t go too well with her husband’s aunt, Princess Anne.

Judi James is a leading communication and body language expert as well as an author of several books including The Body Language Bible: The hidden meaning behind people’s gestures and expressions. James spoke to Express about the two prominent royals she believes Meghan tried to bond with before stepping down and how one didn’t appear to go the way the duchess wanted.

According to James, another royal Meghan was eager to establish a good relationship with was Princess Anne. But the Princess Royal‘s personality is different than her mother’s and becoming buddies with her was no easy task for Meghan.

James pointed out how in some photos and video clips of them together at engagements “Meghan looked very attentive and equally keen to promote some relationship bonds with Princess Anne.” The Duchess of Sussex used “similar eye-engage rituals and even the shared joke signals” that she used with the princess’s mother.

However, James picked up on a difference in Anne’s reaction as she did not return the same type of warmth and affection to Meghan like the queen did.

“Anne’s eye-gaze tended to be slightly more distant,” the expert and author said. James then offered a reason for that saying that it could possibly be because “Anne does tend to keep a more formal demeanor during public events.”