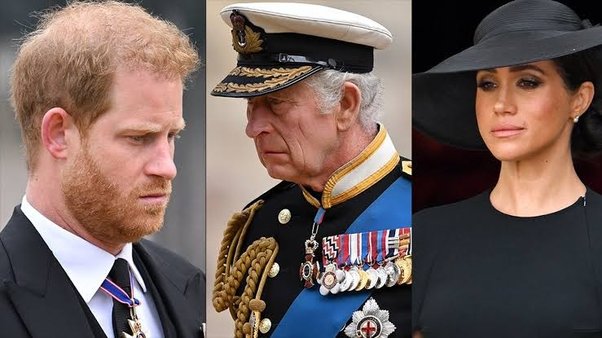 There is mounting speculation that King Charles III could strip his own son Prince Harry of his royal title.

This comes as Harry and Meghan reportedly worry that Charles could remove their titles following the potentially explosive fallout from Harry’s forthcoming memoir, Spare.

Speaking to The Royal Round Up host Pandora Forsyth, Mr Palmer said that there is no legislation in place that would give Charles the power to strip his son and his wife of their titles.

He said that such a move would be “astonishing” and require new laws passed by Parliament.

Mr Palmer said: “I would be astonished if they were stripped of their titles. I think things would have had to get to an awful stage for that to happen.”

He pointed out that even after Edward VIII abdicated and reportedly collaborated with the Nazis, he kept his title as the Duke of Windsor.

The Express’s Royal Correspondent said: “If Edward and Wallis Simpson weren’t stripped of their titles, it’s hard to think that could happen with Harry and Meghan.

“It’s actually really difficult, and in fact more or less impossible, to strip somebody of a dukedom at the moment. There might be legislation to change that, that would be Parliament’s job, but there isn’t legislation at the moment that would allow that. It is not something the King could do with a stroke of a pen.”

He added that Charles is expected to ask for new legislation to expand the number of Councillors of State under the Regency Act.

The royal author said that Spare, set for release in January, could be the final straw for Charles if it damages the monarchy’s reputation.