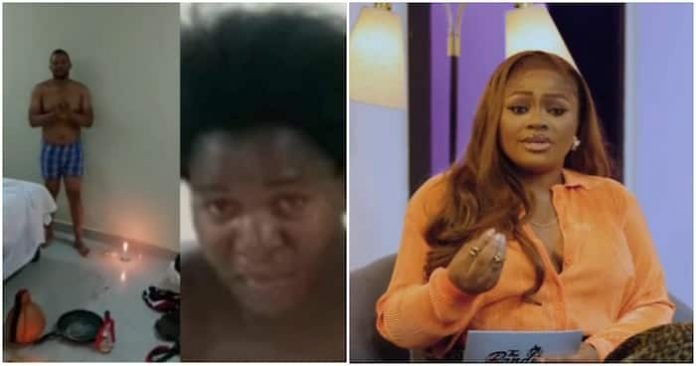 A trending video shows the moment a man walked in on his heavily pregnant wife [email protected] down with another man on their matrimonial bed.

He caught his wife, identified simply as Martha, having s*x with the man, said to be a pastor, when he unexpectedly returned home.

Her husband was heard telling them not to move as he confronted them. While the woman tried begging her husband, the Pastor immediately wore a short to cover up his nakedness.

Details of the incident are sketchy but the trending video shows that the room was lit with candles and other fetish substance.

Reacting to the news, Tega Dominic gave the man an advice men usually give women. She wrote:

Tega’s reaction to the video did not sit well with the netizens and thus have them come at her.