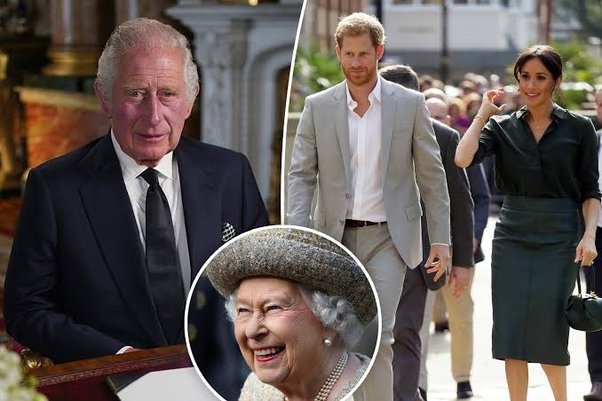 Prince Harry and Meghan Markle could receive a massive pay cheque should King Charles not invite them to his coronation, an expert has claimed.

The Sussexes’ tense relationship with the Royal Family has been well-publicized, having publicly criticized their time as senior royals in several TV interviews.

While relations seemed to thaw over the Queen’s funeral, the release of Prince Harry’s tell-all memoir early next year could scupper hopes of an invite to the coronation.

But royal commentator Neil Sean believes a snub may actually play into their hands, with some of the world’s top TV networks circling.

“Everybody is hankering on at the fact that if Harry is saying negative things in this forthcoming book, that could make things take a turn for the worst,” he said on his YouTube channel.

“I truly don’t believe that King Charles would be that cruel to his youngest son, but as ever, Harry and Meghan have been offered another lifeline. All the major networks out in the United States are offering them “name your own price” deals if they’re not invited to be commentators on that spectacular occasion.

“If those things are now fractured to the point where there is no return, the pay cheque could be phenomenal.”

Neil claimed to have spoken to people at “senior levels” within the media organizations who have said they are “desperate” to sign the former royals up so they can start doing promo.

But he suggested the pay deal could be scuppered should Charles keep the couple on “tenterhooks” over whether they will get an invite.