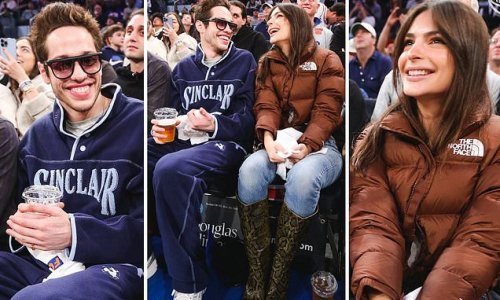 The new couple have been seen together a couple of times, but on Sunday, the couple were spotted together in New York in a game against the Grizzlies.

The rumour of the couple dating first started in earlier this month, when images of Pete and Emily surfaced online showing them laughing together. Reports stated that they met up in Emily’s apartment in New York for the celebration of Pete’s birthday.

Since the new couple both recently got out of a relationship and marriage, rumours are that they are each others’ rebound. Emily fueled the rumours when she liked a cryptic meme that was made about her supposed relationship to Pete.

Before they got together, Pete was in a relationship with Kim Kardashian while Emile Ratajkowski was married to Sebastian Bear McClard for four years before they divorced.