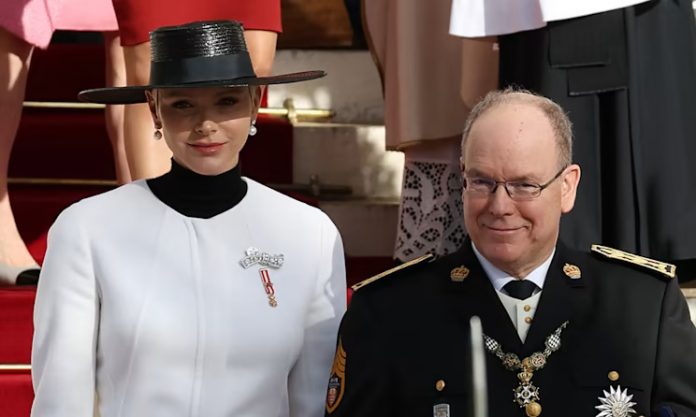 The image shows the two young royal children, aged seven, dressed smartly with Jacques wearing what appears to be a military uniform.

“Oh they are so adorable!!! [heart emojis],” remarked one follower, while another stated: “Happy National Day! Lovely kids, you can just see how happy they are!” A third post read: “Oh my goodness!!! Bless those beauties!!! Xx.”

Later that morning, Charlene and her husband Prince Albert were seen attending a mass ceremony at the Monaco cathedral as part of ceremonies marking National Day. They were joined by Princess Caroline of Hanover and Princess Stephanie of Monaco.

Princess Charlene looked as stylish as usual, dressed in a chic white coat dress which she teamed with a black high-neck jumper, a wide-brimmed hat and black leather gloves.

The post of her children was a welcome surprise. Just in September, Princess Charlene revealed that her daughter Gabriella gave herself and her twin brother Jacques a haircut – days before their return to school.

“Gabriella gave herself, and her brother a haircut!!! Looking forward to school on Monday,” Charlene captioned the post which featured two images, one of the pair in bed together, and the other with Jacques lying on his sister and Gabriella with a smirk on her face.