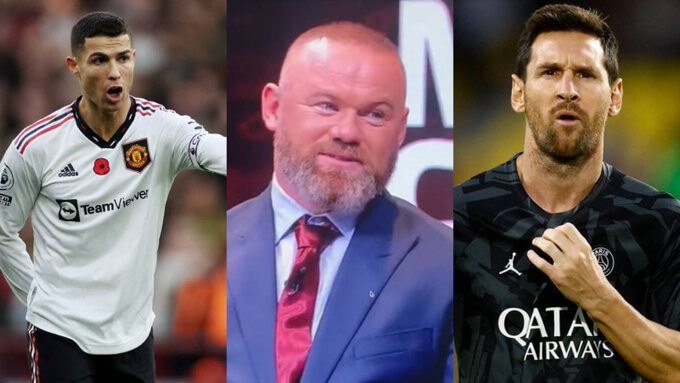 The former Reds frontman, appearing on Indian TV station JioCinema, was asked who he would start, who he would bench and who he would drop between Ronaldo, Lionel Messi and Harry Kane.

Rooney said that Messi would ‘have’ to play, while quickly stating that he would drop England captain Kane to the bench.

Rooney then claimed that he would drop his former strike partner Ronaldo, but only because the Portuguese star has not been featuring regularly for Erik ten Hag’s side so far this season.

When it was suggested that the Rooney would not receive a Christmas card from Ronaldo this year, Rooney replied: “He’s not playing for his club, so.”

It comes after Rooney responded to Ronaldo following the Portugal international’s criticism of him, with the 37-year-old having slammed Rooney during his recent controversial interview with Piers Morgan.

Ronaldo took aim at Rooney for being jealous of his longevity in the game.

However, Rooney opted to praise the United forward in response, but did admit that it was a ‘bit strange’.

Speaking to CNN, Rooney said: “He’s a fantastic player. Him and [Lionel] Messi are probably the two best players to play the game. It’s not criticism, what I’ve said is age comes to all of us, Cristiano is finding it hard to deal with that.

“He’s done an interview and it’s gone global – bit strange some of the comments but I’m sure Manchester United will deal with it once they see the full interview and take whatever action they need to take.”