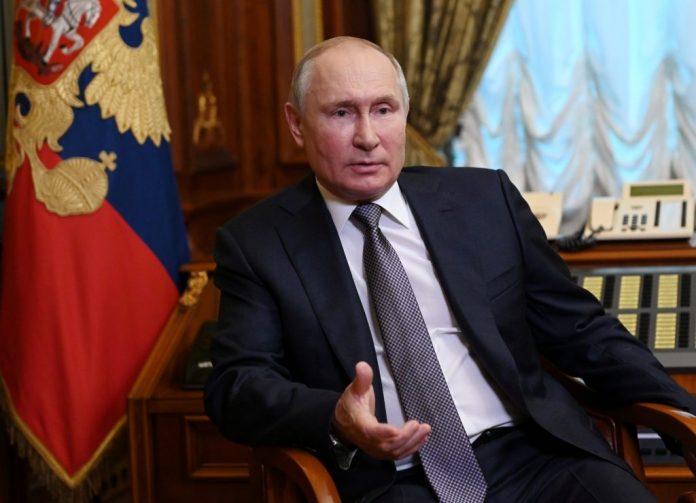 Pressure is mounting on Russian President Vladimir Putin after weeks of grueling military setbacks and internal demands to end mobilization.

After nine months in Ukraine, defence officials made the “difficult” decision to retreat from Kherson city, the only regional capital Moscow’s forces had taken since February 24.

Oleksiy Arestovich, an adviser to the Ukrainian president’s chief of staff, said there was a very real threat to Putin’s legacy in Russia after being forced on the back foot in an operation many believed would be over in a matter of weeks.

“[Putin] is very afraid because there is no forgiveness in Russia for tsars who lose wars,” Arestovich said via The Times.

“He is fighting for his life now. If he loses the war, at least in the minds of the Russians, it means the end. The end of him as a political figure. And possibly in the physical sense.

“This has forced even people who are very loyal to Putin to doubt that they can win this war.”

Ukraine President Volodymyr Zelenskyy also claimed his Russian counterpart is fearing for what might happen to him in the coming years after the invasion, which has claimed tens of thousands of lives on both sides.

“This person has no other fear but the fear for his life,” Zelenskyy said in August.

“His life depends on whether he is threatened by his population or not. Nothing else is threatening to him.”

Putin is also facing problems from within as Russian officials push for an end to mobilisation within the nation of 145 million. The push for more troops has seen an exodus of young working males to neighbouring countries and is “affecting the psychological state of society”, according to Emilia Salbunova, who is a member of the Karelia Legislative Assembly.

Rita Dominic’s Wedding: Lilian Afegbai advises that “The wrong ones shouldn’t stop you from...