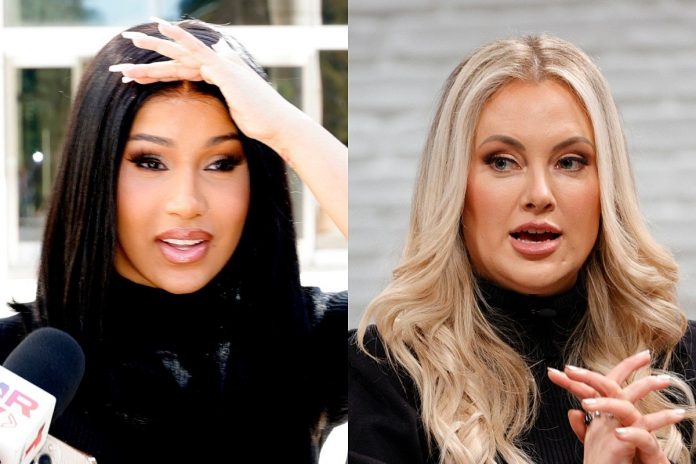 Cardi B has seriously threatened death on Nicole Arbour’s mother after the comedienne’s accusation regarding her support of Takeoff’s song. The pair took off on each other on Twitter, after which Cardi B told Nicole that her mother would die.

The altercation started with Cardi B posting up a snippet of her husband, Offset where he was dressed up as a joker, and rapping to the song lyrics that said ”Catch a body broad day/shoot ’em in the hallway”

Comedienne Nicole Arbour reacted to the video by calling out Cardi B and reminding her that Takeoff, Offset’s cousin had just died earlier this month as a result of gun violence, and he (Offset) is already singing about gun violence.

Cardi B responded by saying her husband has not even been to the studio since Takeoff died. The two went back and forth on each other with Nicole reposting the video Cardi B posted, and further said that it was wrong to promote it regardless. Cardi B fired back and aggravated the argument by saying the comedienne’s mother would die.

Cardi B also accused the Comedienne Nicole of chasing clout with the murder of Takeoff.