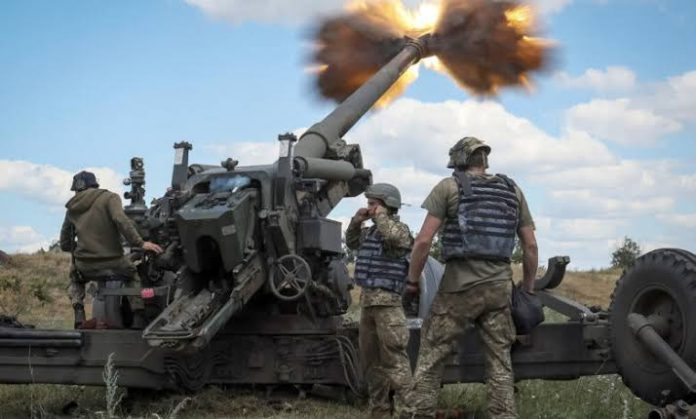 The Ukrainian government is celebrating Russia’s military pullout from the strategic Ukrainian city of Kherson on Thursday. November 10.

Russia said its troops began pulling out of Kherson, a retreat that would represent a humiliating defeat in the war.

Ukranian officials on Thursday acknowledged Moscow’s forces had no choice but to flee but stopped short of declaring victory in Kherson.

The officials last week accused Moscow of plotting to lure Ukrainian troops into an ambush and said Russian soldiers have donned civilian clothes in an effort to mix with the city’s population.

But on Thursday, Ukraine’s armed forces commander-in-chief, Valeriy Zaluzhny, said that “the enemy had no other choice but to resort to fleeing,” since Kyiv’s army has “destroyed logistical routes and supply system, disrupted the system of the enemy’s military command” in the area.

Still, he said that Ukrainian military could not confirm or deny that Russian forces were indeed withdrawing from Kherson as the Russian Defense Ministry reported Thursday. The ministry said there was a “maneuver of units of the Russian group” to the opposite side of the Dnieper River from where Kherson lies.

Also, Ukraine’s Presidential adviser Mykhailo Podolyak alleged Russian forces had laid mines throughout Kherson, saying they wanted to turn it into a “city of death.”

Russia took over Kherson soon after the invasion on Feb. 24 — the only provincial capital it has captured — and illegally annexed three other regions of Ukraine in September.

A forced pullout from the city would mark one of Russia’s worst setbacks and recapturing Kherson could allow Ukraine to win back lost territory in the south, including Crimea, which Moscow illegally seized in 2014. A Russian retreat is also almost certain to raise domestic pressure on the Kremlin to escalate the conflict.