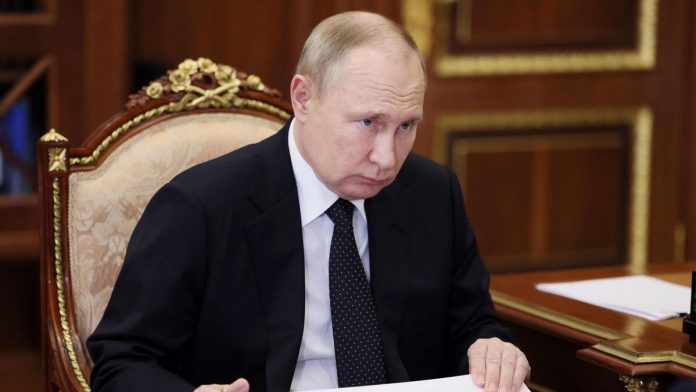 Moscow’s commanders have secretly moved almost 100 air defense missiles from Belarus to Russia sparking fears of a bigger escalation in Ukraine including whether Vladimir Putin would use a dirty nuke bomb.

Air-freighting scores of S-300 and S-400s are either a precaution against retaliation from Ukraine for Russia’s recent blitz – or a sign of a much bigger atrocity yet to come.

One Russia expert told the Mirror: “Whatever Russia has in mind to inflict on Ukraine the Kremlin appears to be expecting retaliation on its own soil from Ukraine or the West.

“Analysts believe with these missile moves done so rapidly, just prior to this week’s massive bombardments, the two are interconnected.

“But more ominously they may indicate that worse may yet be to come and they are preparing for a big reaction to this activity.

“But more ominously they may indicate that worse may yet be to come and they are preparing for a big reaction to this activity.

“There has been talking of a dirty bomb.”

From November 9-13 around 20 IL- 76 large military transport flights were recorded from Belarus to military airfields in western and southern Russia.

Each was loaded with pallets of the missiles, totaling at least 70 missiles in all, and now deployed to form an air defense shield on Russia’s western border all the way to Moscow.

Defense sites within Russia were bolstered with the missiles at airfields at Millerovo, covering Luhansk in Ukraine, and Rostov-on-Don, covering contested Donestsk, also Ukraine.

But coverage was also bolstered in Sescha airfield, opposite Belarus and standing between it and Moscow and Chkalovsky, near Moscow, has also been provided with missiles.