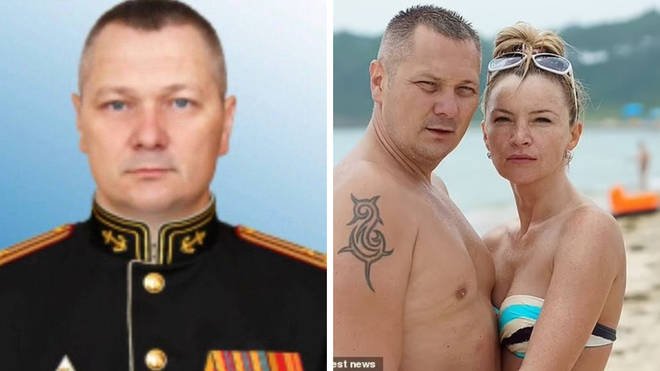 Vadim Boyko, 44, had multiple bullet wounds when a junior officer found him in the Makarov Pacific Higher Naval School in the far eastern city of Vladivostok, where he was deputy director.

“He went into his office and put a bullet in his head,” Dalnevostochnie Novosti said.

But later reports from the Baza media outlet, which has close ties to Russian law enforcement, said Mr Boyko was found with five bullet casings and four pistols next to his body.

Baza questioned how Mr Boyko could have shot himself multiple times in the chest and reported that he did not leave a suicide note.

Local media reported that Mr Boyko was closely involved in the mass mobilisation of Russian troops to be sent to Ukraine in September.

He was also in charge of armaments and ammunition at the Vladivostok military college.

It comes after lieutenant colonel Roman Malyk was found dead on a fence in the Primorsky region, also in the far east of Russia.

Mr Malyk was in charge of the mobilisation efforts in the Partizan district of the region. Officials ruled his death a suicide, although investigators later opened a murder investigation.

Family and friends said suicide was unlikely, although that was the final official verdict on his death.

It comes after Poland’s president said that a missile that hit a Polish village close to the Ukrainian border on Tuesday night was probably fired by Ukrainian forces defending against a Russian missile onslaught.

Andrzej Duda said the hit, which killed two people on Tuesday evening, was not an attack on his country by Russia and there is a “high probability” Ukrainian defence forces were involved.

Earlier, Rishi Sunak, attending the G20 summit in Bali, joined other western leaders in condemning Moscow’s latest barrage against Ukraine’s infrastructure, which they said was the ultimate cause of the blast.

Mr Duda said: “We have no proof at this point to suggest the missile was fired by the Russian side.

“Ukraine’s defence was launching their missiles in various directions and it is highly probable that one of these missiles unfortunately fell on Polish territory.”