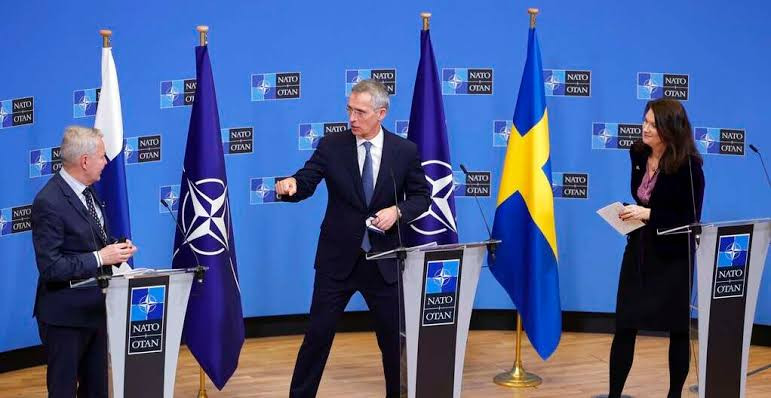 To answer the question with all understanding, let’s become a student of history for the next few seconds as we bid to take inspiration from the Fact sheet released by the White House, Office of the Press Secretary, Washington, DC, on May 15, 1997.

“On May 14, NATO Secretary General Solana and Russian Foreign Minister Primakov announced agreement on the text of the “Founding Act on Mutual Relations, Cooperation and Security between NATO and the Russian Federation,” creating a new relationship between the Alliance and Russia.

The Act has been referred to NATO countries and PresidentYeltsin for approval. The Clinton Administration has made building a more stable, secure, and undivided Europe one of its key foreign policy priorities.

At the Helsinki summit in March, Presidents Clinton and Yeltsin agreed on the importance of crafting a cooperative relationship between NATO and Russia.

The Act provides the basis for an enduring and robust partnership between the Alliance and Russia, one that can make an important contribution to Europe’s security architecture in the 21st century.

Under the terms of the Act, NATO and Russia will consult and coordinate regularly and, where possible and appropriate, act jointly–as they are doing in Bosnia now.

The Act has five principal sections:

The preamble notes that NATO and Russia do not consider one another adversaries and cites the sweeping transformations in NATO and Russia that make possible this new relationship.

Section I lays out the principles governing the relationship, e.g., restatement of the norms of international conduct in the UN Charter and OSCE Helsinki Final Act and explicit commitments, such as respecting the sovereignty, independence and territorial integrity of states and settling disputes peacefully.

Section II creates a new forum called the NATO-Russia Permanent Joint Council for NATO-Russia meetings and describes how this Council will function.

Section III describes a range of issues that NATO and Russia will discuss, including conflict prevention, peacekeeping, prevention of the proliferation of weapons of mass destruction and exchange of information on security policies and defense forces.

Section IV describes the military dimensions of the relationship. Among the key provisions:

Reiteration by NATO of aspects of its current defense policy and strategy, including the December 1996 statement that it has “no intention, no plan and no reason” to deploy nuclear weapons on the territory of new members including nuclear weapons storage sites.

Reference to NATO’s March 14, 1997 statement that in the current and foreseeable security environment, NATO will carry out its collective defense and other missions through interoperability, integration and capability for reinforcement rather than by additional permanent stationing of substantial combat forces on the territory of new members.

Recognition that NATO will require adequate infrastructure on new members’ territories commensurate with NATO’s collective defense and other missions.

Commitment by NATO and Russia to work for prompt adaptation of the Conventional Armed Forces in Europe (CFE) Treaty to reflect the changed security environment since CFE was completed in 1990.

NATO retains its full prerogatives. While Russia will work closely with NATO, it will not work within NATO.

The Act makes clear that Russia has no veto over alliance decisions and NATO retains the right to act independently when it so chooses.

The Act has no impact on NATO enlargement. That process is proceeding on schedule; NATO leaders at the Madrid summit in July will extend invitations to the first countries to begin accession talks.

Those countries admitted will have the full rights and responsibilities of Alliance membership, and the door to membership will remain open to all emerging European democracies.